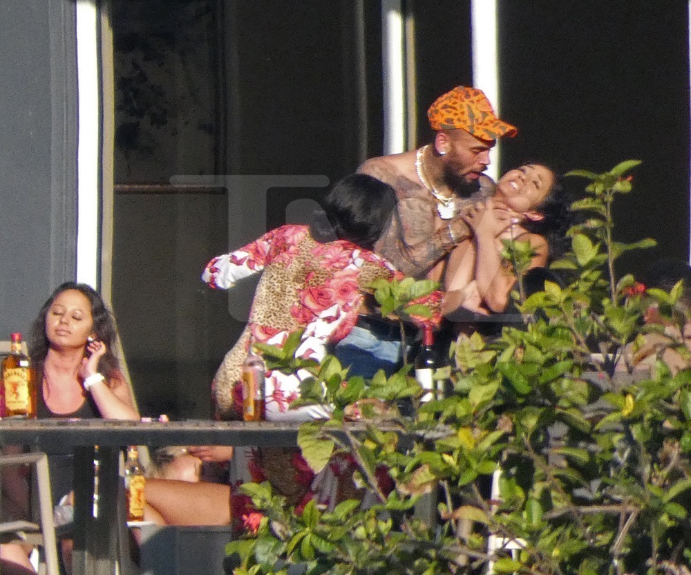 Photos Show Chris Brown Choking A Girl, But It’s Not What You Think!? CHECK OUT THE PHOTOS + FULL STORY! 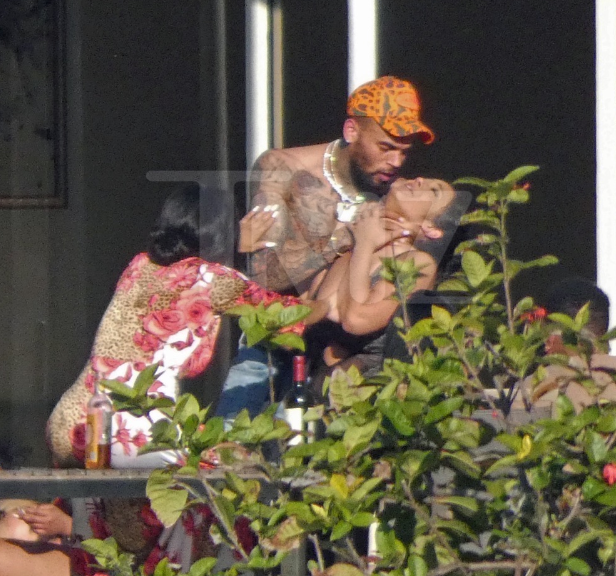 Damn. If you just look at the photo above without context, you’d think Chris Brown was back to his abusive behavior again. The photos do not look good at all.

The pictures were snapped in Miami a few days ago by someone hiding outside the house Brown was renting during the Ultra Festival, and as you can see, it looks the 28-year-old singer is choking this poor girl while the other woman tries to break it up.

But according to everyone involved, they were just horseplaying. No one was actually getting choked. The girl confirmed that they were just playing around. Some people don’t believe this, but I actually think it’s pretty obvious. 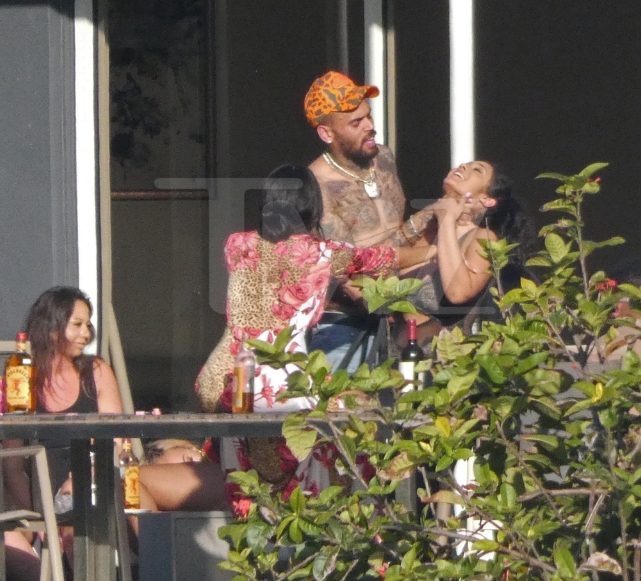 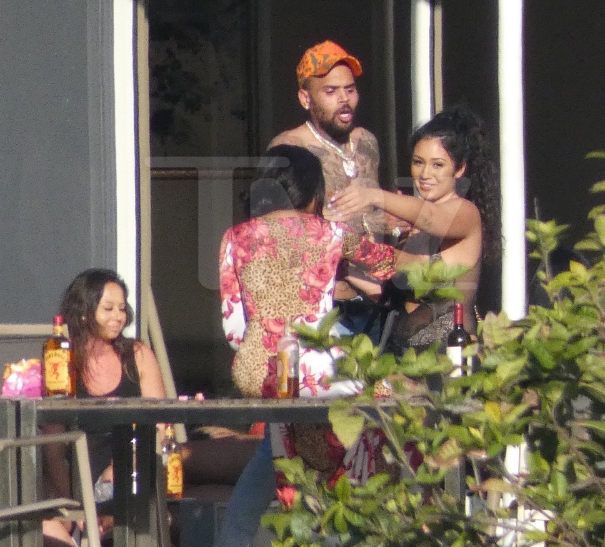 If you look at the photos, you’ll see one girl just sitting down minding her own business. If Brown was actually choking this girl out, I doubt the other girl would just watch it happen. It doesn’t add up. People would be more frantic in this photo, and also if there was abuse going on, why would the camera person not report it? They’re going to just stand there and take photos? That would be super sh*tty.

“She’s a friend. It’s obviously playful as she confirmed. Whoever invaded their privacy will be held accountable.”

But just to be safe, Brown might want to save this horseplay stuff for behind closed doors. People already associate him with being an abuser, so these photos aren’t a good look for him, even if they were just playing around. All these photos do is remind people of the Rihanna photos.