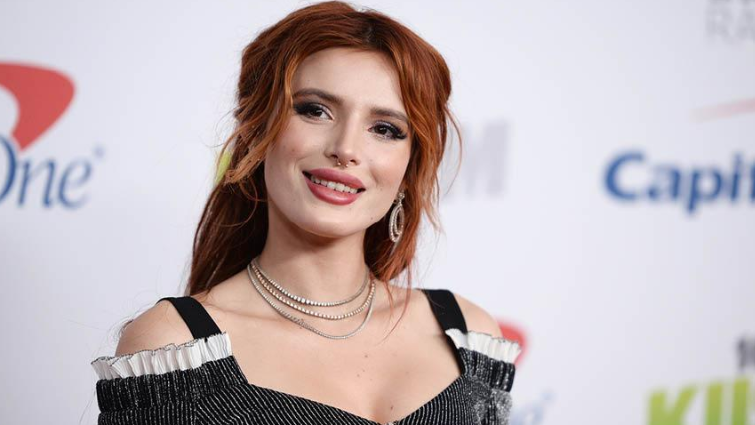 The next time you laugh at those Instagram celebs, you might want to think about all the money they are making. Bella Thorne started out as an actress on Disney Channel, but after her show ended, she didn’t have anything else lined up in Hollywood. Her bank account was running low at age 18 (less than $200 in her account) so she started getting serious on Instagram.

And now just two years later, she has over 17 million followers, which means she is making lots of money by posting a few ads every week.

In a short documentary titled Inside the Life of Bella Thorne, the 20-year-old actress/social media star revealed she makes $65,000 for an ad post on Instagram.

“For grid posting, it’s 65 grand a post. For story posting, it’s anywhere from 10 to 20K, and for Snapchat, it’s the same as Insta-Story. Instagram is 100 percent a job to me. I started out at 18 with literally $200 in my bank account and I bought this house a year later, a year and a half. That’s all from social media.”

Let’s take that in, folks. Let’s say she posts just one ad on her Instagram feed a month. That’s $780,000 a year! FOR JUST POSTING ONE AD A MONTH ON THE GRAM! And then you have to factor in the other ads she posts in her story and on Snapchat. She’s easily making over $1 million just from Instagram alone.

In 2016, she purchased a purchased a nice house in Los Angeles for just over $2 million, and she’s still landing roles in movies. It’s safe to say, life is looking very nice for Thorne.

Followers on social media are money. It’s almost a form of currency. The more followers you have, the more money you can make. Of course, you have to be an interesting person, or you have to be incredibly attractive. It’s not like Sal down the street can become Instagram famous by posting photos of his beer belly.

It’s not the hardest job in the world, but it still takes a lot of effort. And for that, we say good for Bella! GET THAT MONEY!