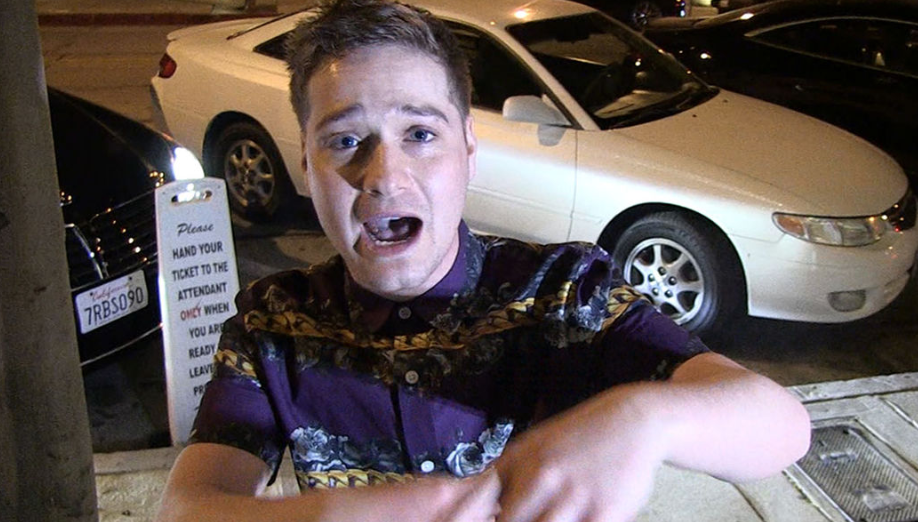 Netflix is probably regretting their decision to cast a white actor to voice a black character in their upcoming animated series, Spy Kids: Mission Critical. It would have been SO easy for them to find a black voice actor for the role, but for some reason they hired a white dude, and this white dude is pretty f**king annoying.

His name is Travis Turner and the paparazzi caught up with him as he was leaving a restaurant in West Hollywood. They told him that some people have a problem with him voicing a black character, but he didn’t seem that concerned about it.

In fact, he claims it’s cool because he is super ‘urban’ and lived in motels when he was younger. Seriously, he actually said that. Apparently, being black to him means living in motels and rapping, ’cause he also talked about how he makes music with black artists, including Snoop Dogg.

He also claims he sponsors black kids, which again, doesn’t mean sh*t. Nothing you can do as a white person will ever make it acceptable to play a black character. You could have been adopted by a black family when you were 3 and it still wouldn’t be cool, ’cause you don’t (and can’t) experience what it feels like to live life in America as a black person.

We’re not sure why Netflix made this casting decision, but we do know it was the wrong decision. Who knows if this series will land a second season, but if it does, let’s hope they correct their mistake.

The audience deserves more than a white dude who believes living in a motel makes him black.