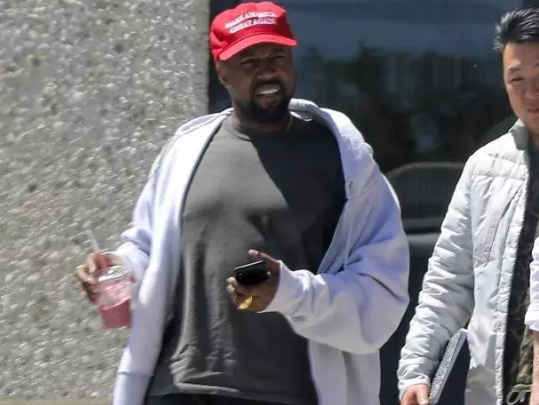 Kanye West has been back on Twitter for what, like, two weeks? And he’s already stirring up loads of controversy.

On Wednesday (April 25) West went on his Twitter account and started talking about how much love he has for his brother, Donald Trump. It first started with the tweet you see below…

You don’t have to agree with trump but the mob can’t make me not love him. We are both dragon energy. He is my brother. I love everyone. I don’t agree with everything anyone does. That’s what makes us individuals. And we have the right to independent thought.

That tweet alone was enough to start drama, but of course West didn’t stop there. For the past 24 hours, West has been defending this tweet, and trying to tell people that he will not be pressured into hating Trump.

Hell, even John Legend shot him a text to see what the hell he was thinking…

To double down on his love for Trump, he walked out of his studio wearing the ‘MAGA” hat.

And look, we understand where West is coming from. You can’t blindly follow what is hot. Hating Trump is super hot right now; however, you have to investigate why so many people hate Trump, and when you do…it’s kinda hard to disagree with the hate.

I think Legend said it best, “Think freely. Think with empathy and context too.” That’s so important. I feel like West is trying so hard to be different that he’s missing all the smaller details.

Or you know, this could all be an act to promote his upcoming albums. The dude loves attention and he’s incredibly smart. Everyone is talking about him, and honestly, he’s probably bringing in new fans with these tweets. All those people who are like, “Trump ain’t that bad! Allow me to speak my mind!”