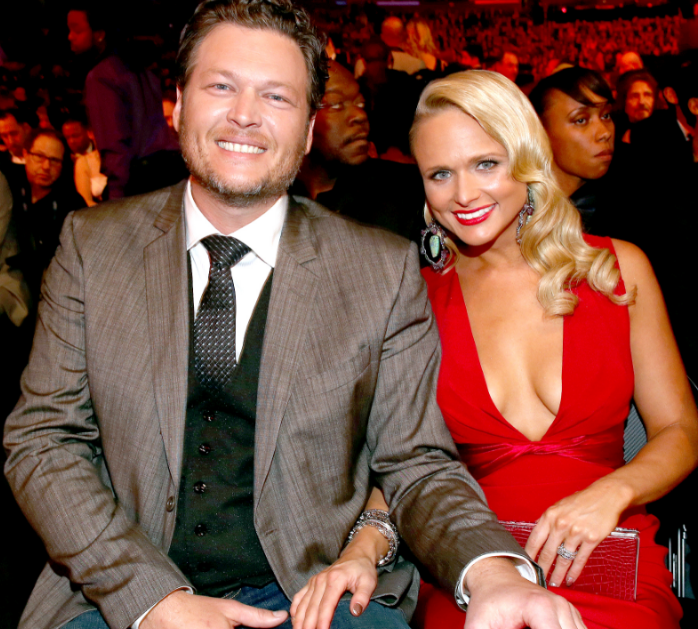 Last week, we told you that country music singer Miranda Lambert was caught in a bit of a messy situation. She basically ruined a marriage by getting into a relationship with a married man. You can read all about the drama by clicking on this link.

After the news broke, Blake Shelton jumped on his Twitter account and posted a message saying, “Been taking the high road for a long time.. I almost gave up. But I can finally see something on the horizon up there!! Wait!! Could it be?! Yep!! It’s karma!!”

And when you consider the timing of this tweet, it seems like Shelton was directly responding to the rumors following his ex-wife around. As some of you might remember, many people slammed Shelton and even accused him of cheating on Lambert with Gwen Stefani.

Now several days after the tweet was posted, Shelton talked to Extra and seemed to suggest the tweet had nothing to do with Lambert.

“It was a personal thing that’s in a small circle of my people and that’s why it was written the way it was, and then people took it and make it into what they want to make it into, which I don’t want any part of that. I can tell you it’s been, actually, very entertaining to watch the world run with it and assume what they think it’s about. I’ll say this, people are way off the mark. But I don’t have time to worry about it.”

He says everyone is ‘way off the mark,’ which again, seems to suggest that it had nothing to do with his ex-wife.

However, the timing sure is suspicious. I mean…what are the odds? And there was even a source who confirmed that Shelton was talking about Lambert in the tweet.

So who knows what the hell is going on.