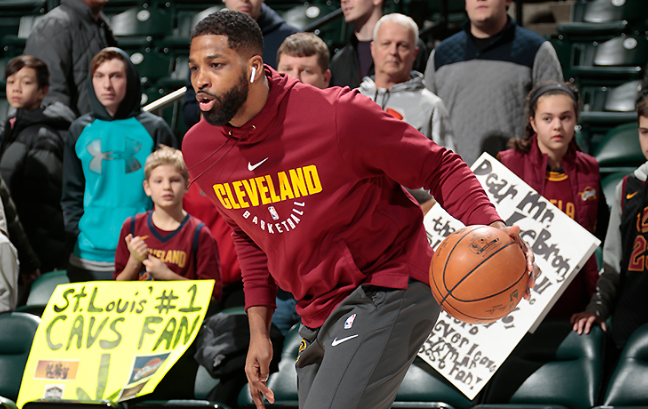 We have been waiting for a playoff crowd to take advantage of Tristan Thompson’s cheating scandal. The Cleveland Cavaliers’ first series against the Indiana Pacers didn’t really deliver with the trolls. The crowd for the Pacers didn’t make that much noise.

But that’s changing now in the second series. The Cavs are up against the Toronto Raptors, and if there is one thing you should know about fans in Toronto, it’s that they are vicious. We have seen their true colors come out during playoff games for their MLB team, the Blue Jays.

During the first game of the series on Tuesday night, the game was close down to the final minutes, and Tristan Thompson had the opportunity to help his team by making a few shots at the free throw line.

The crowd at Air Canada Centre did not make it easy on him, though. What sounded like the entire arena started chanting, “Khloe” as Thompson shot his free throws.

And even though he made every single shot, we have to applaud the crowd. You keep doing that every single time he touches the ball, you can bet it’ll start f**king with his head. Don’t give up just because it didn’t work this time. BE EVEN LOUDER NEXT TIME!

By the way, last we heard…Khloe is still in Cleveland with the baby. She still hasn’t decided if she wants to move back to Los Angeles.