Sources Claim It’s Impossible For Kylie Jenner’s Bodyguard To Be The Father Of Stormi!

Kylie Jenner’s team is trying to put an end to the “bodyguard affair” rumor that spread online this week. People on social media started sharing photos of Kylie’s bodyguard and pointing out the similarities between him and Kylie’s baby, Stormi.

And if we’re being 100% honest, he could definitely pass as the baby daddy. Heck, he looks more like Stormi than Travis Scott does. 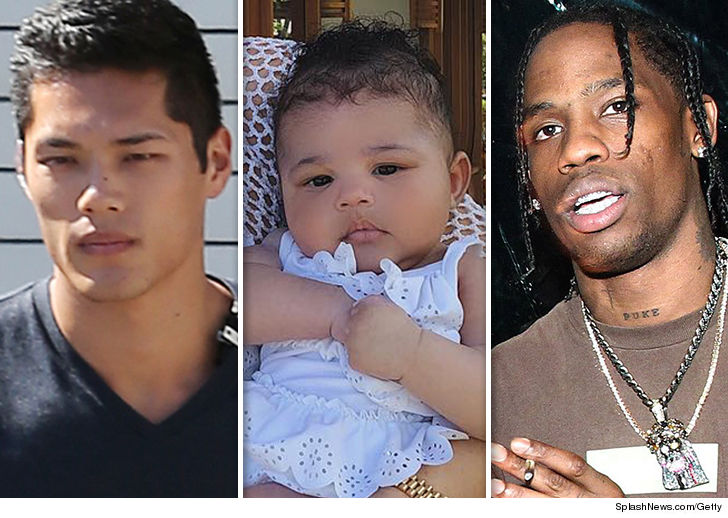 But of course, we all know babies can change dramatically in just a few months. Stormi’s skin might get darker, her nose might get bigger, etc. So even though she may look more like the bodyguard right now, that could change by this time next year.

Kylie’s team claim it’s impossible for the bodyguard to be the father because he and Kylie never had sex.

What do you think? Is she lying? Did she have an affair? Or is the internet just trying to start trouble again? I say it’s too early to tell. If we check back in a year or two, and the baby still looks like the bodyguard, well, Scott might want to book an appearance on Maury.