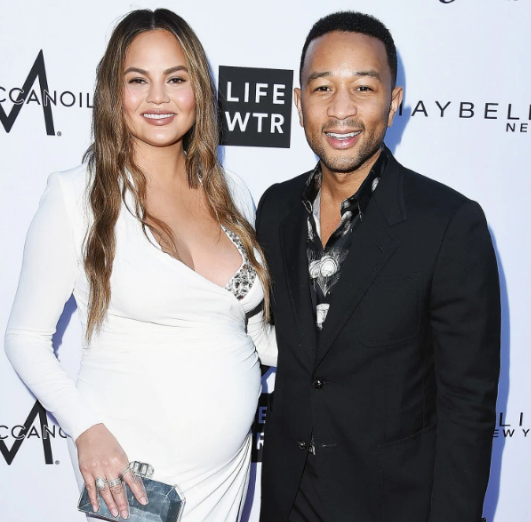 Most of the time, it feels like celebrities want their kids to have the weirdest names possible. They’re like, “We can’t just name our child Matthew! WE ARE KIM KARDASHIAN AND KANYE WEST FOR CRYING OUT LOUD! LET’S NAME HIM STARDUST!”

But not all celebs want their kids to be bullied at school. John Legend and Chrissy Teigen are a little different than most famous people in Hollywood. A bit more down to earth and real.

During an interview on the red carpet at the 2018 Billboard Music Awards, Legend explained the details behind the name…

“We named our first daughter Luna Simone Stephens, and every name we give to our kids I think will have a little bit of musical history to it. So Miles, of course, is the same name as the great Miles Davis. And Chrissy really liked the name Theodore, so we put it all together and got Miles Theodore Stephens. When he came out and we hung out for him for a little, we were like, ‘He looks like a Miles.’”

By the way, Chrissy shared a photo of Miles on her Instagram account yesterday. Check it out below…

Hello, world! This is Miles Theodore Stephens – We are drowning in his little peeps and nuzzles. Our household feels overwhelmed with love. Thank you for all your well wishes!