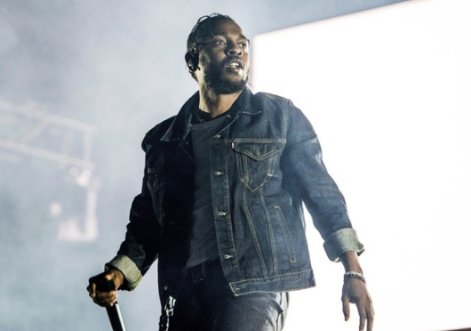 Kendrick Lamar Calls Out White Fan For Saying The N-Word During Concert In Alabama, WE GOT THE VIDEO!

The internet has been in a huge debate the past few days. You see, during Kendrick Lamar’s set at the Hangout Festival in Alabama on Sunday, he invited a white fan onstage to perform his 2012 hit song m.A.A.d city.

The fan, a girl named Delaney, ran to the stage and promised Lamar she knew every single word of the song.

And to her credit, she did…a little too well. If you heard the song, you know Lamar says the n-word several times throughout. That’s no problem for him, but for a white girl from Alabama? Well, she might want to censor herself.

She didn’t, though. She grabbed that microphone and screamed the n-word while rapping the lyrics to his song. After what must have been the fourth n-word drop, Lamar stopped her performance and called her out. He wasn’t mean about it, he simply told her to censor that one word.

He then asked the crowd if he should allow her to continue. Most of the audience screamed “No!” but he decided to let her finish. During her second performance, she censored herself, but almost slipped a few times and was booed off stage.

Some people are really mad at Lamar, saying he basically set the girl up for failure… 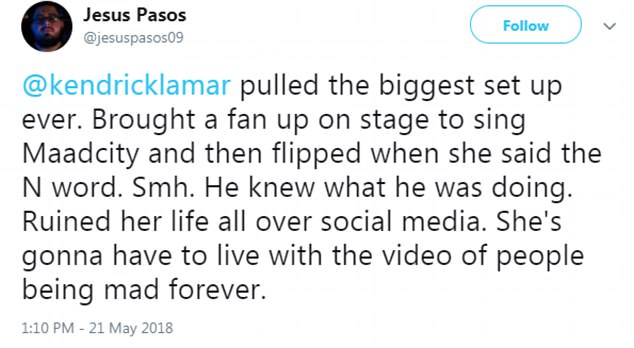 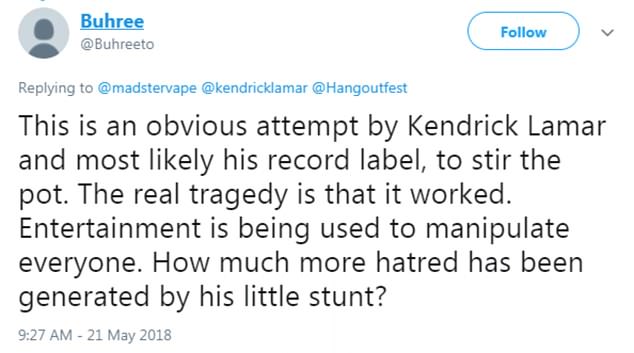 But here’s the thing, Lamar does this same thing at most of his concerts. He invites a fan onstage to perform the song with him, and he’s had white fans join him before…AND THEY ALL KNEW TO CENSOR THE N-WORD!

I don’t think this girl’s life is ruined. She didn’t seem to care. In fact, I’m pretty sure she was either drunk or high, so who knows if she even remembers what happened. She’ll be okay. No one was throwing rocks at her.

I think Lamar handled the situation well. He had to say something. What do you think? Was he right to call her out?