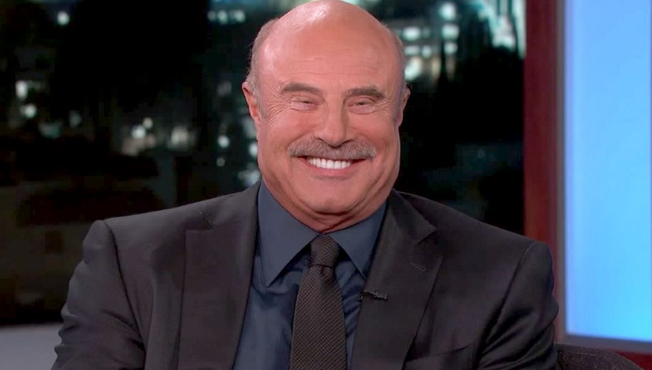 The Skateboarder Who Was Trying To Sue Dr. Phil For Crash Gets His Case Dropped After Surveillance Video Proves He Was Lying! (VIDEO)

We’re not sure if you remember this story or not, but we posted about it back in October of 2017. Dr. Phil was pulling out of a Universal City parking lot when he crashed into a skateboarder.

At the time, we were getting two different stories. Dr. Phil and the police claimed the crash was nothing serious and the skateboarder, Terrence Bembury, was okay. But the skateboarder, after realizing who hit him, changed his story and claimed he suffered multiple injuries.

He hired a legal team and they started to build their case against Dr. Phil these past few months. During the investigation, the surveillance video was released, and well…it does not look good for Bembury.

As you can see in the video, the hit was nothing serious and he seemed completely fine following the incident. He even shook the good doctor’s hand, as we reported back in October.

The good news is that Bembury’s lawyer, John H. Mardoyan, has decided to drop the case…

“After viewing the video footage, we have decided to no longer represent Terrence Bembury in the matter.”

I’d hope so. Bembury does not have a case. He claims he had to miss work following the crash…REALLY? WHY? ‘Cause it sure as hell wasn’t because you were injured.

But on the real, Dr. Phil should be more careful. You can’t be pulling in front of cars like that at a stop sign. He didn’t even wait a second for the van to pull up.

That’s Los Angeles for you. Everyone is in a f**king hurry.