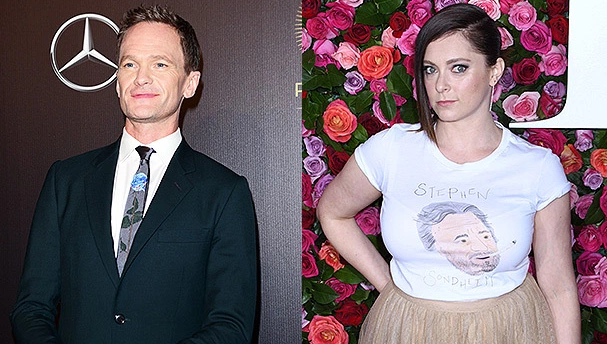 This Just In, Neil Patrick Harris Is A Douchebag, Throws Shade At Rachel Bloom During Tony Awards…BUT SHE CLAPS BACK!

Neil Patrick Harris. You probably know him as that one dude who really loved laser tag in How I Met Your Mother. He’s a huge fan of Broadway and has hosted the Tony Awards several times. He was at the start of the whole, “Let’s turn every awards opening into a musical!” trend.

This year, Harris watched the 2018 Tony Awards at home with his family. During the show, he tweeted about how confused he was.

“Who is the woman in the top hat backstage at @TheTonyAwards?” he asked his followers. He then claimed his 7-year-old son said she was saying “like,” and “oh my god” a lot. “I’m confused…” he added.

Who is the woman in the top hat backstage at @TheTonyAwards? Gideon remarked that she says ‘like’ and ‘oh my god’ a lot. I’m confused…

That was very strange of him to tweet because the woman he was referring to was/is Rachel Bloom. She’s the creator/star of the hit series Crazy Ex-Girlfriend. She’s won a Golden Globe for her work on the show, and her husband was a writer for How I Met Your Mother.

I’m a big fan of yours. We’ve met numerous times and my husband, Dan Gregor, wrote for “How I Met Your Mother” for 5 years. Notably, he wrote the episode where your character finally meets his father.

Damn. That’s how you call someone out while also being mature and respectful…TAKE NOTES PEOPLE! Obviously, Harris didn’t have much to say to her reply. She made him look like the douchebag he is in front of all his followers.

Indeed! Well said. Thanks for the reminder. How was backstage?