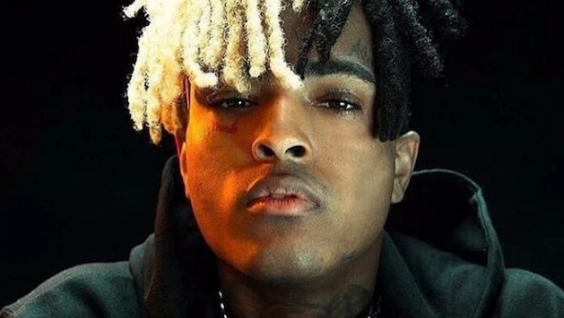 Rapper XXXTentacion Has Died After Fatal Shooting In Florida, Watch His Instagram Live Video Where He Talks About Death And Legacy (VIDEO)

Yesterday was a pretty crazy/depressing day for the hip hop community. 20-year-old rapper XXXTentacion was shot and killed on Monday in Florida in an apparent robbery. Cops are still investigating though, to see if this might have been a more targeted attack.

It all happened so fast. At first, it was reported that he was still alive, but in serious condition. That quickly changed, though. It appears he might have been shot in the spine area, which would have resulted in a quick and rather painless death. That’s all speculation, though.

In the past 18 hours following his death, his music has been climbing the charts. He has the no. 1 and no. 2 albums on Amazon’s Movers and Shakers Digital Music list.

“XXX’s also dominating on iTunes … his ‘SAD’ track from his latest album is currently the no. 1 song. The track ‘changes’ from the same album sits at no. 5. The album skyrocketed to no. 3 overall on the iTunes charts. The album ’17’ which debuted back in 2017 is also in the top 10 at no. 5.”

He told his followers…

“If worse thing comes to worst, and I f—ing die or some s— and I’m not able to see out my dreams, I at least want to know that the kids perceived my message and were able to make something of themselves and able to take my message and use it and turn it into something positive and to at least have a good life.

If I’m going to die or ever be a sacrifice, I want to make sure that my life made at least five million kids happy or they found some sort of answers or resolve in my life regardless of the negative around my name, regardless of the bad things people say to me.”

And you know, his death will mean something, but probably not what he wanted it to mean.

Not saying any of that contributed to his death, but wouldn’t it be nice if we didn’t have to mention those things? Something to think about, folks.

Anyway, check out the reaction from celebs on Twitter…

rest in peace 🙏🙏🙏 I never told you how much you inspired me when you were here thank you for existing pic.twitter.com/QU7DR3Ghbw

Prayers up for 🙏🏿 @xxxtentacion

This got me fucked up. RIP X. Enormous talent and limitless potential and a strong desire to be a better person. God bless his family, friends and fans.

I’m at a loss for words… speechless #RIPXXXTentacion Loved collaborating with you. You were a true artist, one of the most fucking talented of our time 💔💔💔