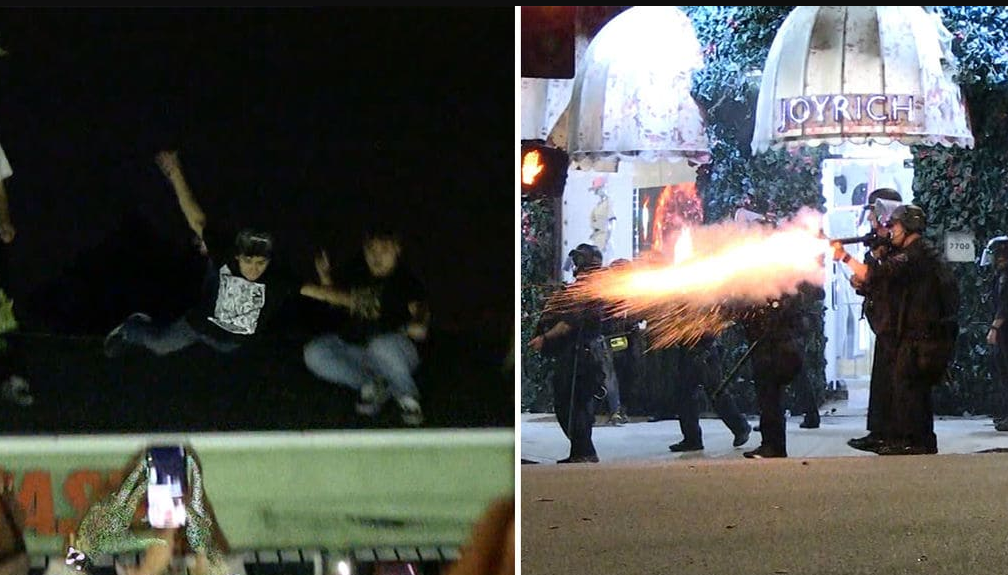 At around 7 PM on Tuesday evening, hundreds of people gathered in the Fairfax district of Los Angeles to remember the life of slain rapper XXXTentacion. As most of you know, the 20-year-old was shot and killed in Florida on Monday.

The gathering started out peaceful enough. There were around 300-400 people to start, and some formed a candlelight vigil in the street. But as the crowd grew to nearly 800 people, things got rowdy real quick, as you might expect when large numbers of people get together.

People in the crowd started jumping on roofs, standing on the hood of a news van, and throwing things at police. That’s when more officers were called to the scene.

They showed up in full riot gear and cleared out the crowd pretty quickly. Everyone started running down the streets when they saw cops firing rubber bullets into the crowd.

It’s pretty crazy what dying will do for someone. I mean, obviously people loved him before his death, but the amount of people coming out now proclaiming their love for him is insane. I wonder how many people in that crowd last night actually listened to his music.