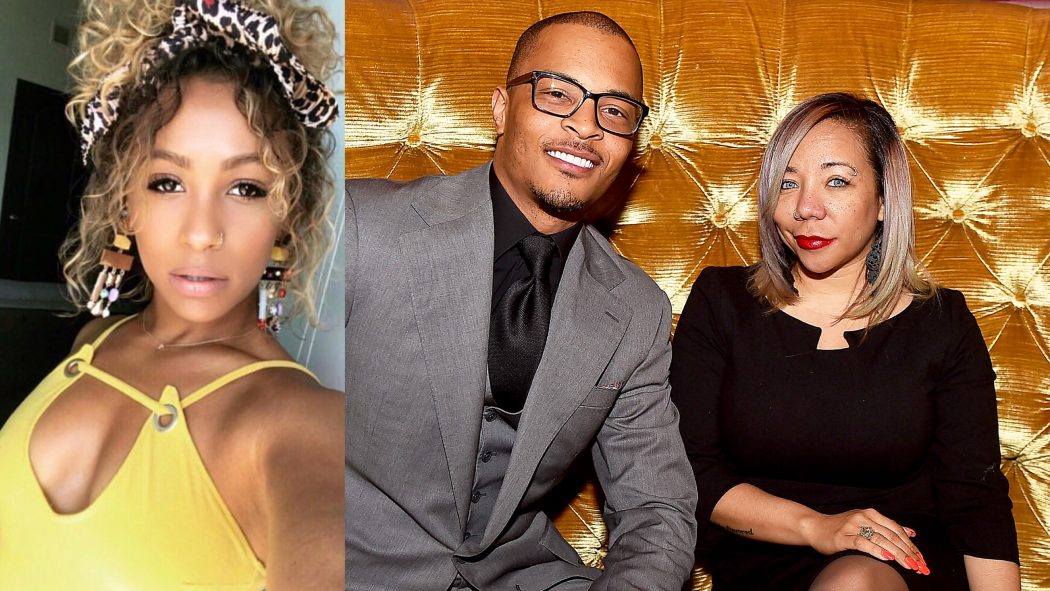 T.I. Says His Kids Are Not “Rocking” with Him and spends Father’s Day Alone as Leaked Cheating Video Reveals Asia’h Epperson as the other woman. 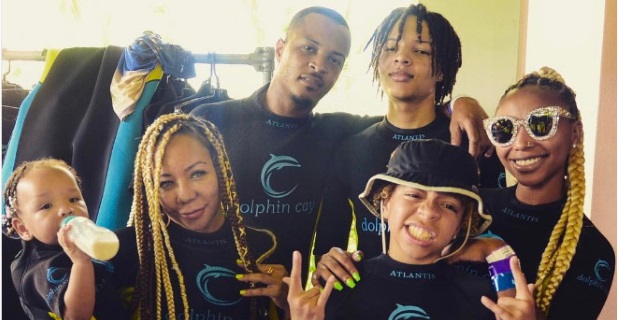 Welp, not sure what he expected.  As we revealed in a previous post, T.I. went on the IG to share a post with has fans that was anti-marriage.  This started a small feud as Tiny clapped back with a post from Snoop Dogg in support of marriage.

I literally just got done posting the story about the feud between T.I. and Tiny and this video comes across my DM’s. ___ . I guess this explains everything. Of course he’s anti-marriage, because he acting like he ain’t married. SNAP CHAT’S a bitch! ___ . It’s 2018 and you are a celebrity, everything is being caught on camera. And for those who say that’s not cheating, if that was your wife or T.I. was your husband, would he do that if you were there? If it’s yes, then he’s not cheating. If it’s no, then it’s cheating. Easy as that. ………..Look where her hand is? ___ . click #tvsmackdaily for today’s stories Celebrating that Celebrity Lifestyle __________________________ www.TVsmackTalk.com __________________________ (Ignore) #tvsmacktalk #celebritynews #entertainmentnews #celebrity #celebrityphotos #celebs #celebritygossip #candidphotos #tvsmackdaily #famous #famousphoto #gossipblog #trendingnews #t.i. #tip #troubleman31 #tiny #ticheating #tamekacottle #grandhustle #tiny #majorgirl #grandhustlegang

She is an actress currently starring in “Greenleaf” as Tasha Skanks; but she was also in “Straight Outta Compton” and got her start by being an contestant on American Idol.  She had a memorable audition because her father passed away just days before she had to sing in front of Randy, Simon and  Paula.  Here is a snippet of her audition.

The first connection between TI and Asia’h occurred a few weeks ago during the incident where the police were called when the actress and her friends were arrested for using the bathroom while the restaurant was starting to close.  TI posted the incident on HIS Instagram account.

So the million dollar question that everyone is wondering is….did she know T.I. before, or did she meet him as a result of this incident.

A quick look at Asia’h’s Instagram and she is literally getting destroyed in her comment section.  She originally had her comments turned off, but decided for some reason to turn them on.

The calm before the storm💫✨

THE FAMILY SAYS ENOUGH IS ENOUGH!!

Finally the kids are now of age where this affects them, and they chose not to be with their father on Father’s day. I can’t say I blame them. You are not only embarrassing their mother; you are embarrassing them as well.  Not Cool!

This is what TI had to say

This really should be it for Tiny!  But somehow…..I doubt it.