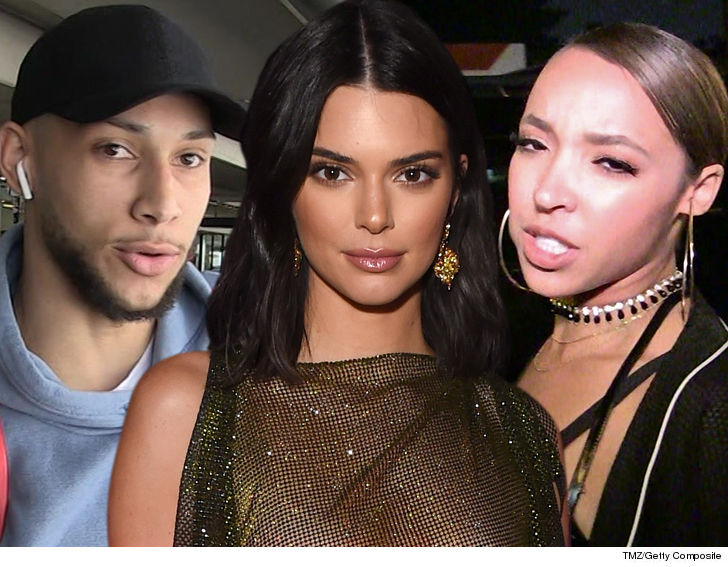 It looks like Tinashe just can’t let Ben Simmons go. According to a new report from TMZ, the R&B singer has reportedly been following him and his new girlfriend Kendall Jenner.

He claims she randomly shows up at the same places he parties, and he believes it’s not a coincidence because it’s been happening too often. Hell, even TMZ has noticed her tailing Simmons. They caught her at Delilah on Thursday while he was there and at Poppy in West Hollywood a few weeks before.

According to insiders close to the NBA pro, he plans on beefing up his security, mainly because he wants to make sure Kendall feels safe.

“Our sources say Ben thinks she’s become so obsessive he doesn’t want to take chances … especially because of Kendall, and that’s why he’s talking about hiring extra muscle.”

And you know, that’s probably not a bad idea because Tinashe does seem a bit obsessive. Last Thursday she claimed Ben was texting her, and after he denied the claims, she apologized a day later and admitted she lied.

Sh******t. I think it might be time for a restraining order. She might show up with a knife next time.

What’s crazy is that Tinashe and Simmons didn’t even have a long relationship. They dated briefly, so we’re not sure why she is so attached.