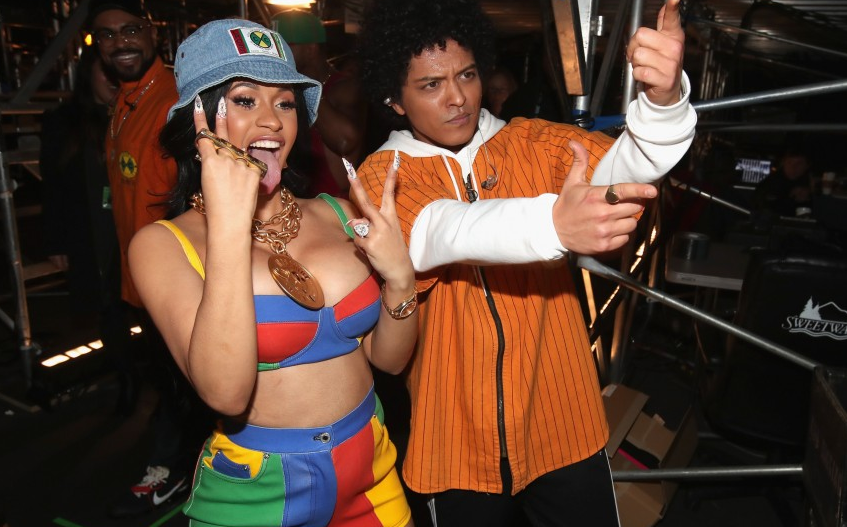 Surprise, Surprise…Cardi B Pulls Out Of Bruno Mars Tour Because She’s Not Ready To Leave Her Baby!

When Cardi B announced her pregnancy and also announced she would be going on tour with Bruno Mars just six weeks after the birth of her first child, we thought, “There’s no way,” and it looks like we were right.

On Thursday, the 25-year-old rapper announced she would no longer be joining Bruno on the next leg of his 24K Magic would tour.

“I thought that after giving birth to my daughter that 6 weeks would be enough time for me to recover mentally and physically. I also thought that I’d be able to bring her with me on tour, but I think I underestimated this whole mommy thing. Not only am I just not ready physically, I’m not ready to leave my baby behind since the doctors explained it’s not healthy for her to be on the road.”

She went on to say that she hopes her fans understand, and I’m sure they will. I think we all thought this would happen. It was her first time giving birth, so she didn’t know how difficult the recovery would be. We can’t all be Serena Williams.

By the way, Bruno shared his own message of support for Cardi…

“Most important thing is you and your family’s health. I know the fans will understand. You are absolutely doing the right thing. I also know we’ll share the stage when the time is right.”

What a good dude. He also announced that he and his band will cover Cardi’s ‘Bodak Yellow‘ at every stop of the tour.

If you’re wondering, this is how Cardi THOUGHT the tour would go. She told Rolling Stone in June that she had it all planned out…