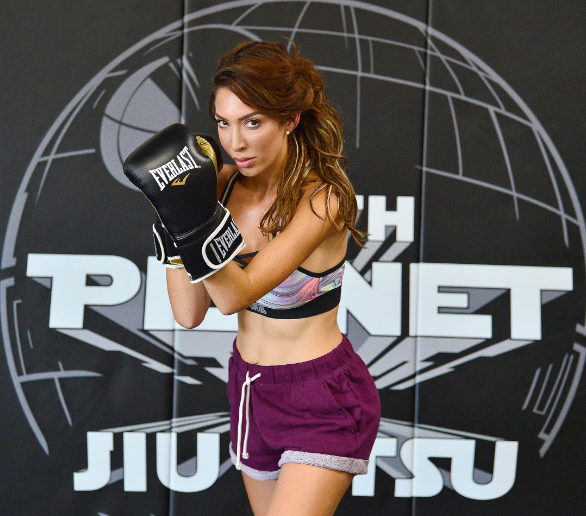 When Farrah Abraham decided to call out Mob Wives’ Drita D’Avanzo for acting unprofessionally earlier this month at an event they both attended, she started some drama she probably can’t handle.

The 42-year-old Mob Wives alum went on her Instagram account recently and posted a video showing Farrah all dressed up in her boxing attire. In the video, Farrah talks about who she’d like to face in her upcoming celebrity boxing match for charity.

At the end of the video, Farrah mentions Drita’s name. Obviously, Drita had something to say about this…

“Listen up #horseface I called u out..n u called a lawyer!!…are u gonna have a cop as the referee 2????????????🤔 I dont want u wearing headgear!..i dont want a referee stopping anything!…I rather be on the streets.

I told I I’d pay u to come meet me…since u are so desperate to use my name to make a dollar. Howeva I have a better idea…i love boxing but when it comes to u I rather fight in a cage #ufc style…. I’m tired of people talking s—t…then calling lawyers and cops once s—t gets real.”

Damn. She wants to fight in a cage! She ain’t playing. I’d be legit terrified if I were Farrah.

By the way, the Blast is reporting that the promoter of Farrah’s charity boxing match has started a conversation with Drita, so this fight could actually happen.

It would be a smart move for both of them, because you know people would pay money to watch that sh*t. There is no way Farrah comes out looking untouched. We’ve already seen her get f**ked once.