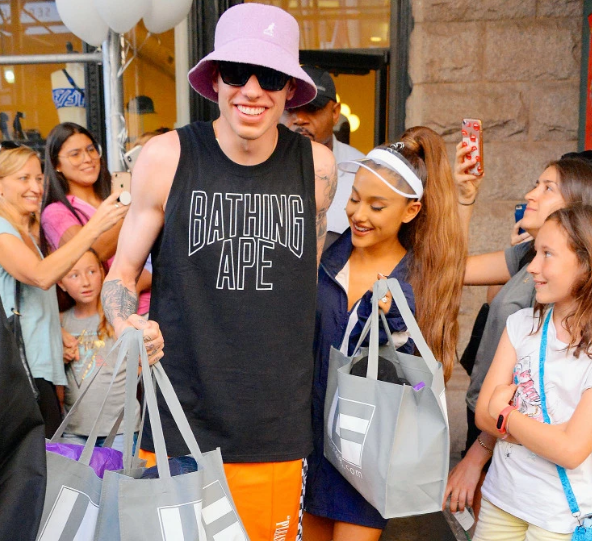 A Fan Accused Ariana Grande Of Cheating On Mac Miller With Pete Davidson, And She Was Not Having It!

Do you want to have a conversation with your favorite celebrity? Well, let me tell you exactly how to do it. All you have to do is hop on their Twitter or Instagram and start beef with them. It’s that simple, ’cause apparently celebs have forgotten how to ignore trolls.

One fan wrote in the comments, “Pete davidson will be the song I skip all the time,” and that was enough to make Grande reply with, “Awwwwwwww boo f–king hoo Alexa play ‘Pete Davidson.'”

At this point, it was a full on battle and the fan replied accusing her of cheating on her former boyfriend Mac Miller with Davidson. This seemed to legit upset Grande because she basically told the fan to go play in the street, “I didn’t but go off. can you like… go stan someone else? ur boring.”

For what it’s worth, the timeline is a bit sketchy. Grande and Miller reportedly broke up in May and then a week or two later she was seen with Davidson. And a month or two after dating, they got engaged.

It makes you wonder if they were dating before making it official. It’d certainly explain why they appear to be moving so fast.

And if you’re wondering how Miller feels about this all, well, it doesn’t sound like he gives a f**k. In fact, he’s wondering why everyone else gives a f**k…

“I haven’t been on the internet. People have [asked] … ‘Are you OK? Is everything OK?’ … It just all seemed kind of unimportant, the need to show people I was OK. Like, what is that? Where does that come from? Why do we have this need to use social media and the internet?

I was in love with somebody. We were together for two years. We worked through good times, bad times, stress and everything else. And then it came to an end and we both moved on. And it’s that simple.”