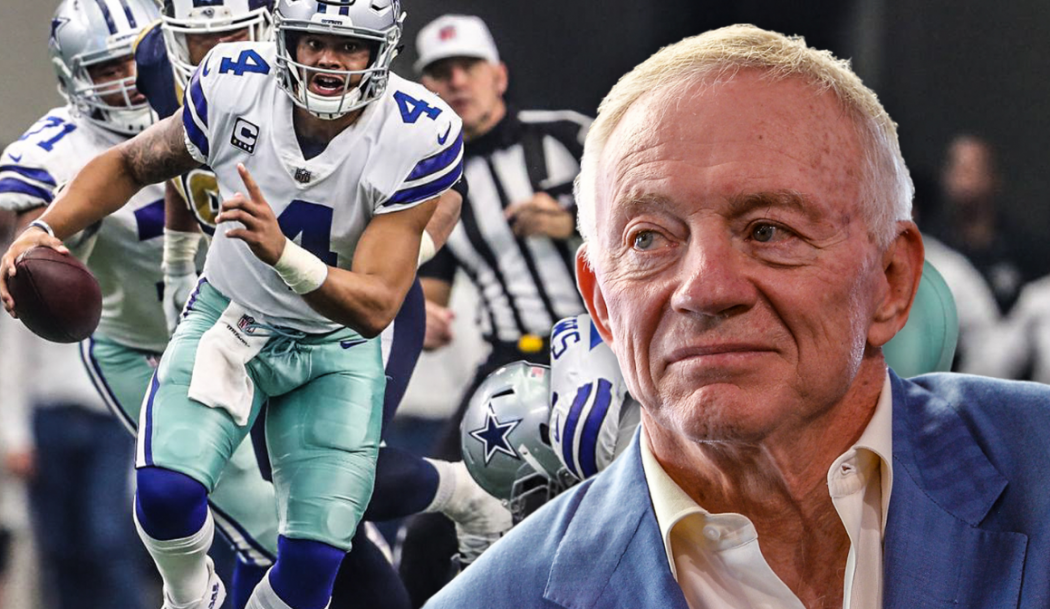 Cowboys QB Dak Prescott Says He Will Continue To Stand For Anthem, And Of Course Jerry Jones Is Happy About It…(VIDEO)

We all know how Jerry Jones feels about the controversy surrounding the national anthem in the NFL. He wants all his players to stand, ’cause he’s an old, rich white guy who couldn’t possibly understand the struggles of someone else.

A week or so ago, Cowboys QB Dak Prescott was asked about his stance on kneeling during the national anthem. He said he will continue to stand during the anthem because football has always brought him peace, and he doesn’t want to mix politics with a game that is loved by so many.

He said he’s not blind to the injustice in America, he simply believes there are better ways to fight it…

This of course gave Jones an erection. The paparazzi caught the NFL owner leaving a restaurant in Beverly Hills on Wednesday, and they asked what he thought of Dak.

I mean, does Dak really have a choice? Jones has a ridiculous amount of power, and Dak is supposed to be the leader of the team. If he doesn’t stand for the national anthem, 99% of his teammates will follow his lead, which would not go over well in Jerry World.