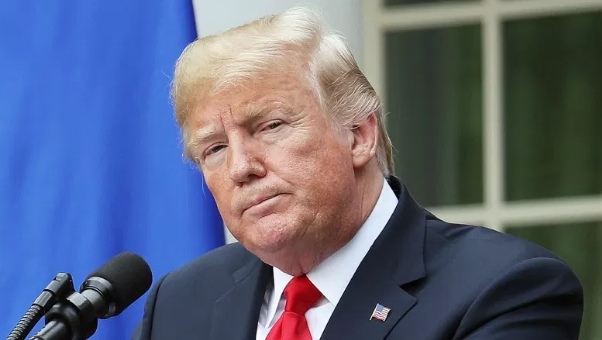 If you’ve been following Donald Trump as president, you might be thinking, “Is this dude trying to divide the country? Is he trying to start a war?” and one side of your brain is like, “WHAT? NO! HE’S NOT THAT EVIL”

But then the other side of your brain is like, “Well…it is Donald Trump,” and that’s correct. It is Trump, and we all know he only cares about himself. When he was host of ‘The Apprentice‘ on NBC, he only cared about one thing: the ratings.

And back in 2005, he went on the Howard Stern Show to talk about an idea he had for the next season of the reality show.

When Stern asked, “Wouldn’t that set off a racial war in this country?” Trump replied by saying no because it would be “handled very beautifully” by him.

Of course, if he handled it like he’s handling the country right now, the show would have been a complete failure and NBC might not even be a network anymore.

This comes after former contestants Omarosa and Penn Jillete accused Trump of making racist comments in the past.

“When you give a crazed, crying lowlife a break, and give her a job at the White House, I guess it just didn’t work out. Good work by General [John] Kelly for quickly firing that dog!”