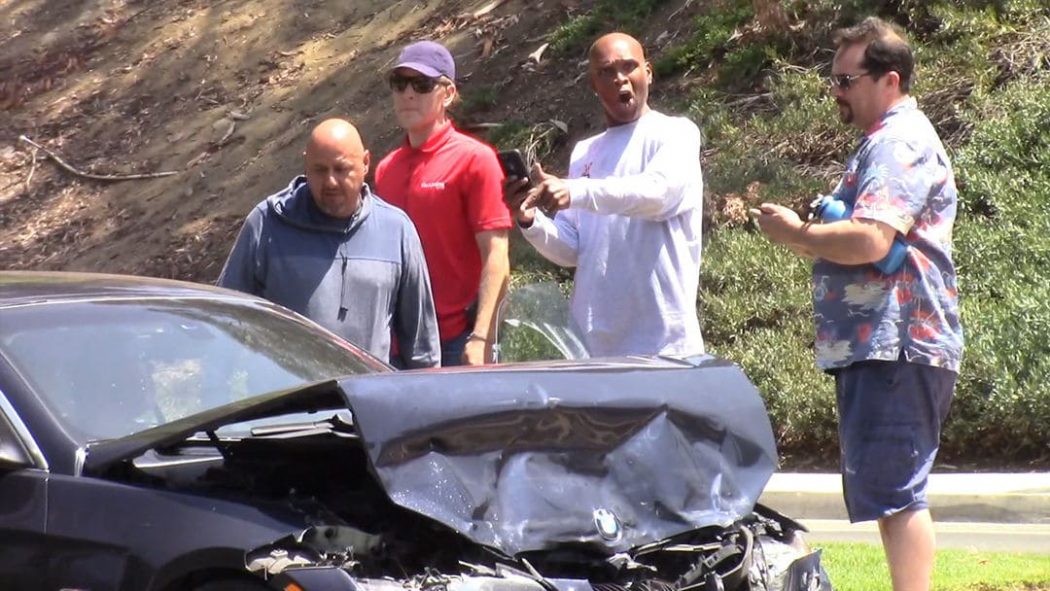 Watch! Big Boy Gets Hit By Drunk Driver. Instead of Getting Out, Driver Pulls Out Bottle and Keeps Drinking! (VIDEO)

This is like something right out of a movie.  It happened Tuesday in the middle of the afternoon, to make matters worse.

When the incident occurred, Big Boy was driving in area of The Oaks.  This is where the Kardashian’s live, so it’s easy to say it’s a well to do neighborhood.  He was driving his Nissan Armada when he was struck from behind.

Despite bystanders telling the driver to put the alcohol away, he continued to drink until the cops showed up.  When the cops removed him from his vehicle, his pants fell down, and then he himself, toppled over.  It was a complete mess.

It appears there were no serious injuries sustained by Big Boy or the driver, although the driver was taken away on a stretcher.  With his alcohol level being so high, he could have broken something and not even feel it until tomorrow.

This could have been much, much worse.  At 2 PM he could have crashed into a school bus, or heaven forbid a child crossing the street.

Let’s hope this man seeks the help he needs.  Or he could be some rich Hollywood executive and will be out drinking and driving tomorrow.

WATCH NOW: Remember When Big Boy Used to be “BIG”