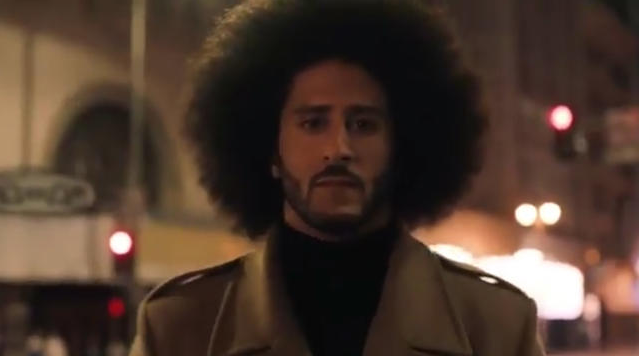 Believe in something. Even if it means sacrificing everything. #JustDoIt pic.twitter.com/x5TnU7Z51i

Colin Kaepernick’s Nike campaign has sparked outrage this past week. Rednecks are burning their shoes and promising to never purchase anything Nike related ever again, which doesn’t really matter much because they were never Nike’s target audience anyway.

Nike knew exactly what they were doing by inviting Kaepernick to participate in this campaign, and now they’re going all-in.

On Wednesday morning, Kaepernick released a two-minute commercial for Nike. In the video, Kaepernick encourages everyone to dream big. He says if people call your dreams crazy, then you’re doing something right.

“If people say your dreams are crazy, if they laugh at what you think you can do, good! Stay that way. Because what non-believers fail to understand is that calling a dream crazy is not an insult—it’s a compliment. So don’t ask if your dreams are crazy. Ask if they’re crazy enough.”

He even gives LeBron James and Serena Williams a shout-out in the video. And even though he’s not saying anything controversial in the commercial, this will only make those outraged republicans even more upset.

I’m sure someone out there is yelling, “HOW DARE HE ENCOURAGE OUR KIDS TO DREAM BIG! THEY NEED A REALITY CHECK! THEY WILL WORK ON THE FARM JUST LIKE I DID!”

It’s like when Fox News tried to villainize Mister Rogers…