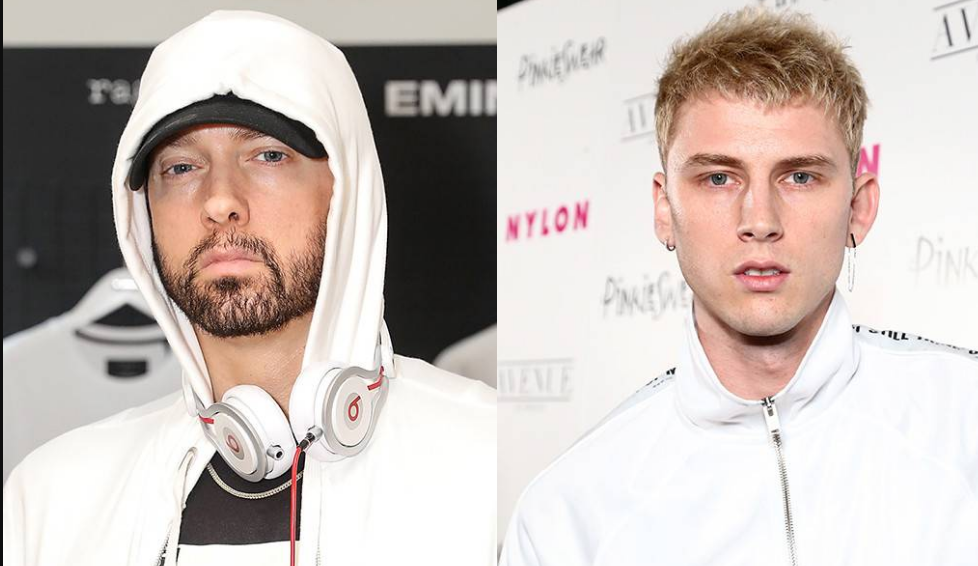 Eminem And Machine Gun Kelly Are In A Pretty Entertaining Feud, And It All Started When Kelly Talked About How Hot Eminem’s Daughter Is

If I were a rapper (I’m not) there would be certain rappers I’d never go after. Eminem is one of those rappers. He can battle with the best of them and destroy pretty much anyone with his words, and he did just that recently by going off on Machine Gun Kelly.

The beef between Kelly and Eminem started way back in 2012 when Kelly saw a photo of Eminem’s then-teenage daughter.

“Ok so I just saw a picture of Eminem’s daughter… and I have to say, she is hot as f–k, in the most respectful way possible cuz Em is king,” he tweeted at the time. And from there, he made several comments about her during various interviews.

Well, for over a year, Eminem didn’t even know about Kelly’s obsession with his daughter, but then he did some searching on YouTube one day and discovered that Kelly was “basically doing a press run about Hailie,” which obviously wasn’t cool with Eminem.

So on his latest album, he called out Kelly on the track “Not Alike,” rapping…

“And I’m talkin’ to you, but you already know who the f–k you are, Kelly/I don’t use sublims and sure as f–k don’t sneak-diss/But keep commenting on my daughter Hailie.”

A few days after Eminem’s album was released, Kelly responded by claiming Eminem blackballed him from his radio channel, Shade 45. He also put out a diss track (video at the top) and while it does have some clever lines, it comes off super corny to me. It’s like he was sleeping with that shovel every night, desperately waiting for Em to say something, so he could get some views.

im standing up for not just myself, but my generation. im doing the same shit you did back in ur day. life is still real on my side, and i had to take time from the grind to defend myself from someone i called an idol. love, Rap Devil.

Kelly acting all hurt and sh*t, but Eminem doesn’t care. During a recent interview with Sway Calloway, Eminem said he’s conflicted. He doesn’t want to respond to Kelly because that only helps Kelly stay relevant, but he also can’t let him get away with saying stupid sh*t.

“Now, I’m in this f–king weird thing because I’m like I have to answer this motherf–ker and every time I do that, it makes that person—as irrelevant as people say I am in hip hop, I make them bigger by getting into this thing where I’m like I want to destroy him, but I also don’t want to make him bigger because now you’re a f–king enemy. I’ll leave it at that.”