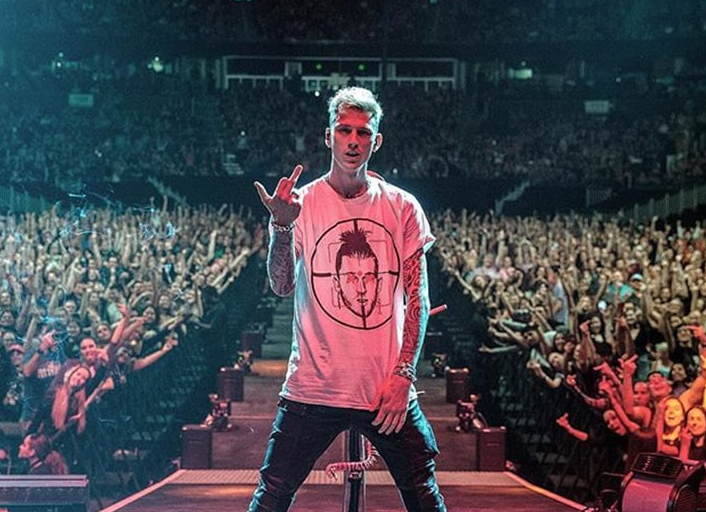 It looks like the beef between Machine Gun Kelly and Eminem isn’t over yet. We told you all about Machine Gun Kelly’s diss track last week. He had some funny lines, but most of it was pretty corny. Still though, the video got millions of views and forced Eminem to respond, which is already a win in MGK’s book.

Eminem released the diss track ‘Killshot’ on Friday and it was pretty dang good, although, he might have went too easy on MGK. The overall tone of the track was kinda playful and silly, which might come across as weak to some people.

It certainly did to MGK. He performed in front of a rowdy crowd in Orlando on Sunday night, and he went after Eminem again. He wore a shirt with the logo from Eminem’s ‘Killshot’ track. He also screamed, “F**k Marshall Mathers” as he opened his set.

By the way, an actor named G-Rod ran into Kelly on Friday night and called him a “p***y” for his shot at Eminem’s daughter. You can see Kelly jump up with anger in the video. According to TMZ, Kelly’s crew beat the heck out of the dude a short time later.

Sh*t is getting crazy out there.