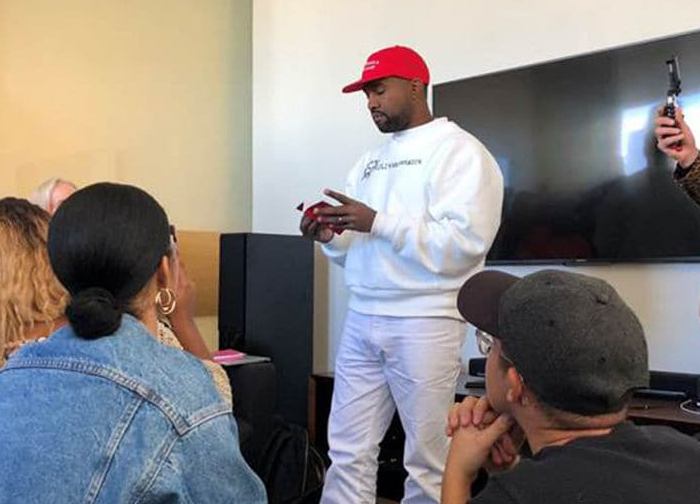 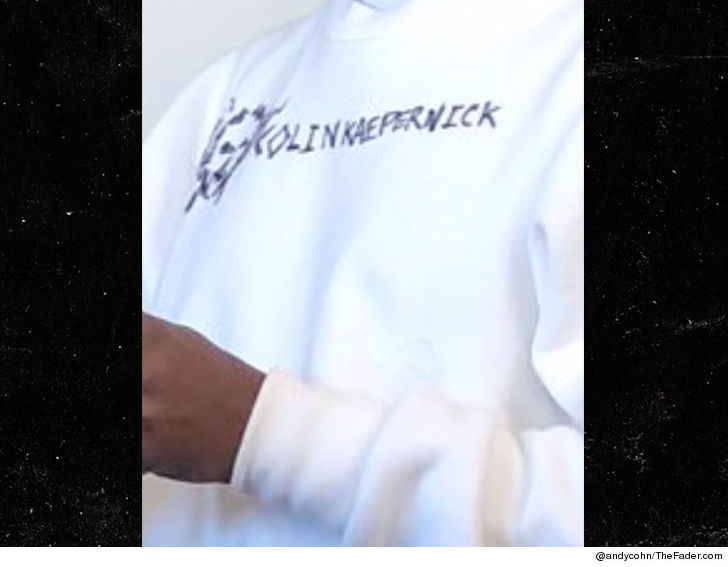 Kanye West tried to make a statement on Thursday morning, but we’re not sure what the statement was. He walked inside the offices of The Fader early Thursday morning wearing Donald Trump’s ‘Make America Great Again’ hat and a sweatshirt with Colin Kaepernick’s name.

What the hell, right? Those two things don’t go together. It’d be like wearing a Yankees hat while wearing a Red Sox jersey. As you all know, Trump called Colin a “son of a bitch,” and we’re sure Colin feels the same way about Trump.

West talked to a group inside the office and explained that he redesigned the MAGA hat by changing its shape and putting “positive energy” inside it.

“But it’s my hat, I redesigned it. I changed the brim, I mean I changed the shape right here and I put positive energy into the hat.” @kanyewest at the @thefader offices this morning.

Kanye doesn’t seem to get that Trump isn’t your typical president. It’s not as simple as, “Oh, I just disagree with his politics,” it’s beyond that. Trump spreads/promotes hate and dangerous ideas, and that’s just not something I can get behind.