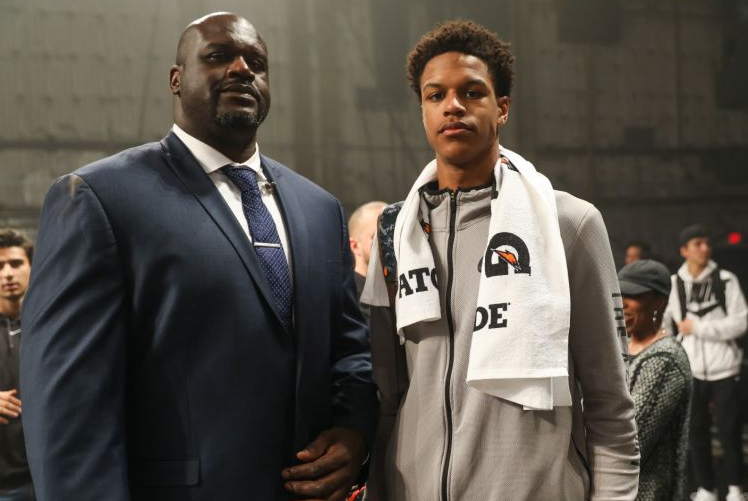 Shaq’s son, Shareef O’Neal, was all set to have an amazing freshman year at UCLA after dominating the high school court, but unfortunately he will be forced to miss the entire 2018-19 season.

O’Neal told TMZ Sports that he “felt funny” during team workouts this summer, so UCLA doctors made him wear a heart monitor. He could press a button on the device to alert them when he was experiencing this “funny” feeling. Well, during a practice a month or two ago, he pressed the button and doctors discovered he had a heart ailment that will require surgery.

They aren’t sharing the exact details, but apparently the surgery will be major enough to knock him out for the entire season. Shareef made it clear in the video that this ailment will NOT end his career. It’s just a temporary setback.

While he recovers from the surgery, he will continue to attend classes at UCLA. Nothing will change, except he won’t be playing basketball for a few months.

“But during this time off, I’ll be off for a while, I’ll be focusing on academics, my health, of course, and I’ll just be observing to be the best player I can be next year.”

UCLA will certainly miss him in the lineup this year. They were ranked third behind Duke and Kentucky. Most experts believe they have a chance at the Pac-12 crown.

We wish Shareef all the best in his recovery! He seems like a really good dude. It’s clear his parents did a great job.

You’ll be back on the court in no time!