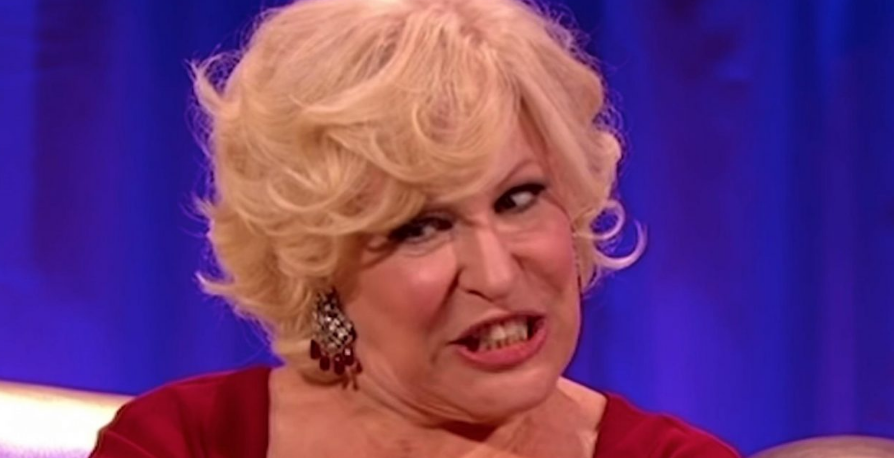 At this point, Twitter should really just be renamed to, “White People Saying Stupid Sh*t.”

The latest white person to say something incredibly stupid? Bette Midler. On Thursday, she jumped on her Twitter account and tried to make a (mostly accurate) point about how women have been mistreated for years.

But while trying to make her point, she went too far and got a little crazy. She ended up minimizing racism by saying…

“Women, are the n-word of the world. Raped, beaten, enslaved, married off, worked like dumb animals; denied education and inheritance; enduring the pain and danger of childbirth and life IN SILENCE for THOUSANDS of years.”

I’m sure she thought this tweet would get thousands of likes, but it ended up getting thousands of angry replies. A lot of people were pissed that some old, rich white woman was comparing her struggles as a woman to the long history of mistreatment of black people.

Hours later, after realizing she might have went too far, she sent out the statement you see below…

“The too brief investigation of allegations against Kavanaugh infuriated me. Angrily I tweeted w/o thinking my choice of words would be enraging to black women who doubly suffer, both by being women and by being black. I am an ally and stand with you; always have. And I apologize.”

I don’t know. I’m still not feeling it. I mean, there is plenty of mistreatment in the world to go around. We don’t have to start comparing them all, trying to figure out which is worst.

THERE IS ROOM FOR EVERYONE! THE WORLD IS F**KED UP! COME JOIN US!