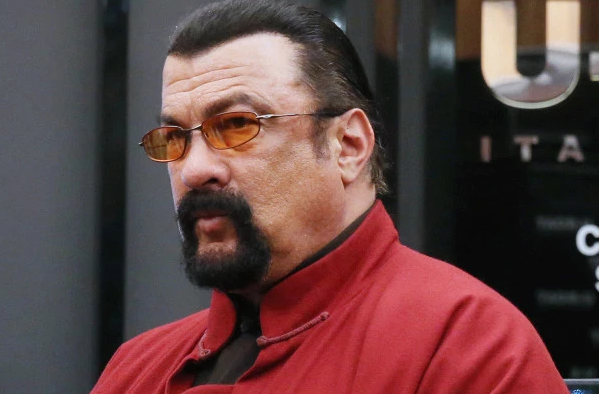 Apparently, Steven Seagal hasn’t received the memo saying if you refuse to answer a question or simply end the conversation once the question has been asked, it makes you look incredibly guilty.

The 66-year-old actor was doing a live interview with the BBC on Thursday when journalist Kirsty Wark asked him how he deals with the sexual misconduct claims against him. She didn’t really ask the question in an accusatory way, but for some reason Seagal felt like he was being attacked.

He immediately jumped out of his seat, took off his microphone and left the building. Wark handled the whole thing like a professional.

“Steven Seagal, there. And, of course, though he didn’t respond there, he has said previously he denies any allegations that have been made against him.”

The Los Angeles County district attorney’s office decided not to prosecute Seagal because the incidents were beyond the statute of limitations.

In addition to the two women above, Jenny McCarthy, Portia De Rossi and Juliana Margulies have accused Seagal of various forms of misconduct.