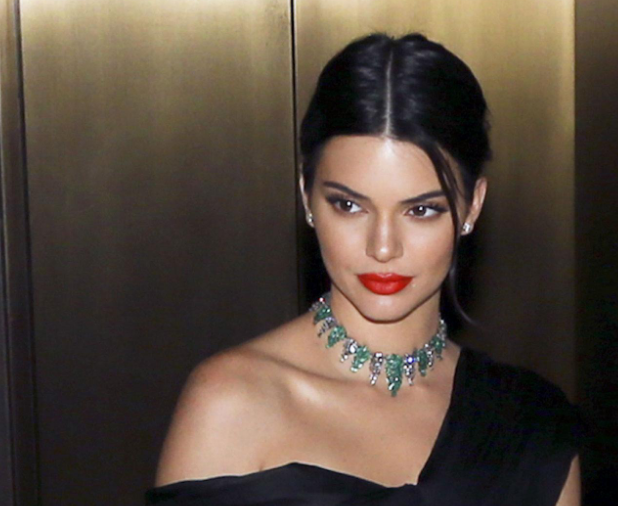 We have seen some stalkers do crazy things before, but Kendall Jenner’s stalker might win gold in the Stalking Olympics.

A 37-year-old man by the name of John Ford (the most American name ever) was arrested last month for breaking into Jenner’s gated community, where she and several other celebrities live.

Ford pled guilty to trespass and a judge ordered him to stay 1,000 feet from the gated community. Spoiler alert: he didn’t follow the orders.

Last week, he decided to enter the community a different way. Instead of trying to get past the front gate, he f**king climbed the mountainside in the back of the community. There is no security back there, so he was able to make his way to Kendall’s house.

Thankfully, Kendall’s security spotted him chilling by the pool in her backyard and called police. He left before police arrived.

And then on Tuesday, he came back by climbing the mountainside again. This time he made it all the way to Kendall’s back porch before her security called the cops again. This time they caught the dude and he’s now being held on a 5150 psychiatric hold.

“LAPD’s Threat Management Unit is on the case, and we’re told Kendall’s lawyer, Shawn Holley, will also get a civil protective order. He’s also been charged with criminal trespass and violating a protective order.”

According to the report, the gated community has beefed up security along the mountainside now. They’re also putting up a fence.

A little too late if you ask me. Kendall is paying 8.5 million for her home there! They should have helicopters flying over her home every hour to make sure she’s safe.