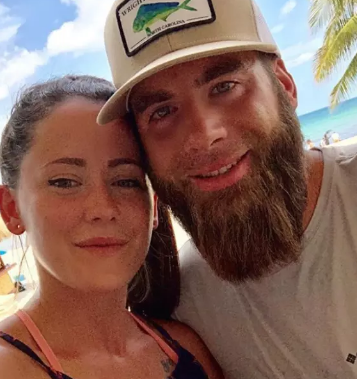 Wow. If he hadn’t already lost his mind, he certainly has now. Threatening @PapaRandlicious is a huge mistake. David is a #loser #abuser #scumbag pic.twitter.com/uWXjFJLG49

David Eason is a ticking time bomb. The dude will probably end up in jail before the year is over if he continues at the pace he’s going. The drama started two weeks ago when Jenelle Evans called the cops on him. In the 911 audio, she can be heard crying and telling the operator that her husband assaulted her by pushing her down to the ground.

Shortly after that incident, Eason went on his Instagram account and posted a photo of himself wrapped in the Confederate flag. If you missed both of those stories, you can click on this link and this link to read all about it.

Now, Eason is making headlines again for basically threatening to murder Chelsea Houska’s father, Randy. For those who don’t follow Teen Mom 2, Randy has consistently been one of the best father figures on the show. He always gives good advice. If there is one knock against him, it’s probably that he spoils Chelsea a bit.

So yeah, Randy is cool. Why does David want to murder him? Well, it all started when Jenelle posted the “confessional” video you see below to YouTube. Obviously you can’t believe anything she is saying in the video, but some fans noticed that it looked like she was missing a few teeth.

When Jenelle heard about the “missing teeth” rumors, she went on Snapchat and told her fans…

“Supposedly I got my teeth knocked out, right? Wrong! If you’re dying to know, I have a retainer. Why do I have a retainer on my teeth? Because I’m realigning my jaw. Instead of going the plastic surgery route, like most people do, I’m not.”

This is where Randy enters the picture. You see, Randy is a dentist and he noticed something wrong with her claim, “Jaws are ‘re-aligned’ after they have been ‘un-aligned,” he commented on Twitter.

That little comment set David off. In a series of Instagram videos on October 31st, David sent out multiple threats to Randy…

“Mr. Randy, I’m going to ask you a question, punk. When was the last time you had your jaw realigned? Hey punk, huh? You need to get straightened up? I’ll do it for ya, free of charge. So you’re trying to tell me some grown ass man who is supposedly happy in his life he gotta keep talking sh*t about me?”

From there, he seems to include ALL his “haters” in the mix by talking about the Confederate flag drama…

“Does this flag offend you. Are you offended by this flag too? Cause you know what it means? I got guns. Don’t f**k with me. I got vicious dogs.”

This dude is the stupidest f**king person on the planet. Just looking at his face fills me with rage. He has one of those punchable faces, you know? The face you see in a room and think, “God. That dude must be a complete douchebag.”

That’s David. He has a stupid face. #DavidHasAStupidFace