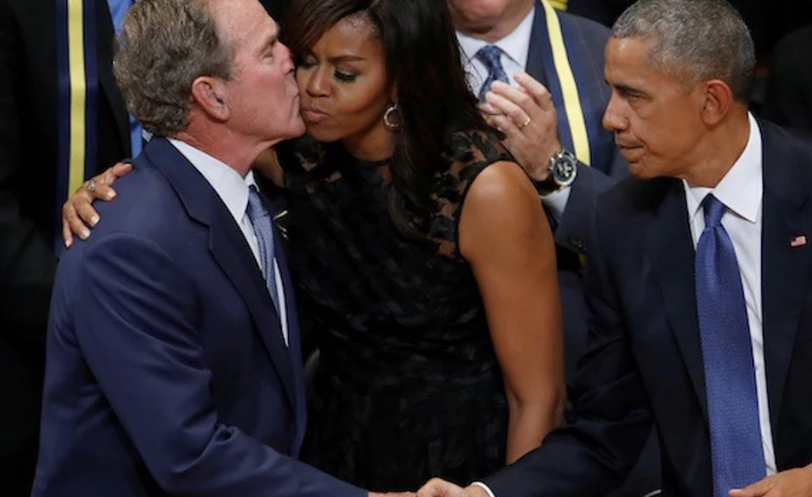 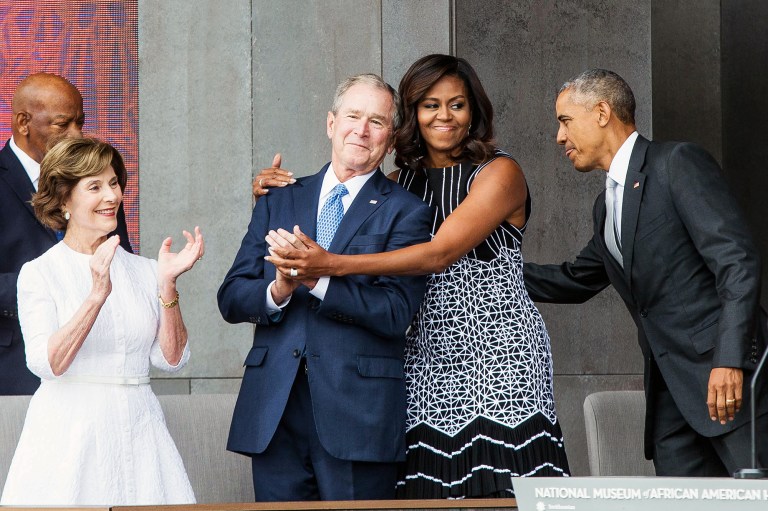 Most people look at George W. Bush and see some goofy dude who overreacted after 9/11 by starting some never-ending war in the Middle East.

But Michelle Obama sees something else. We have seen Michelle and Bush laughing together during public events. Heck, they even shared candy together at John McCain’s funeral earlier this year. They truly seem to be BFFS, but how much of their friendship is for the cameras? Well, apparently not much.

While talking to Jenna Bush Hager on the Today show, Michelle talked about her friendship with ol’ George, calling him a beautiful, funny, kind and sweet man.

“We all care about our family and our kids and we’re tryin’ to get ahead. We have different ideas about what’s the best way to get there, you know? But that idea doesn’t make me evil and that doesn’t make him, you know, stupid. It’s just a disagreement and that’s how I feel about your father.

He’s a beautiful, funny, kind, sweet man. And I don’t know that I agree with him on everything.”

That’s actually really refreshing to hear. They can disagree on certain things but still share a laugh together. As Donald Trump works to divide us, Michelle and Bush are working to bring us closer together. Who would have thought?

And let’s be honest, even though we don’t agree with Bush on a lot of things, you can’t tell me he wouldn’t be fun to have a drink with. He’s basically the Michael Scott of politics.