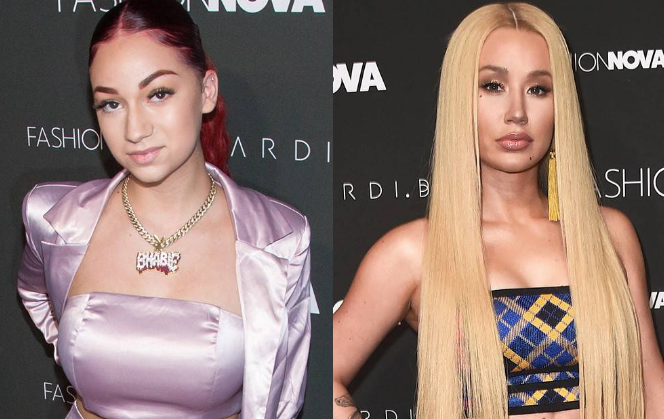 During the event, Bhabie spotted Iggy Azalea in the crowd and threw a drink at her. She did this while standing several feet away, so she clearly didn’t want to actually fight Iggy, who probably could have suffocated her with her huge ass.

Apparently, Bhabie was pissed at Iggy for talking trash on social media. Iggy reportedly asked who would even go to one of Bhabie’s shows? Bhabie responded by telling Iggy she should so she could remember what a sold-out show looks like, which is a pretty clever response.

After the drink was thrown, both sides started yelling at each other, but no one was hurt. Iggy was surprisingly mature about the whole thing. Cameras caught up with her after the event, and she said she hopes Bhabie didn’t throw alcohol at her because she’s underage.

Iggy did talk a little more trash on Instagram, though. In her stories, she said, “So the Dr. Phil girl is really upset about me apparently and thought I’d fight a child?! LOL anyway! The fashion Nova party is LIT!”

I think Iggy is handling this the right way. You can’t fight back against a freaking 15-year-old. Best thing you can do is laugh it off.

This is all Dr. Phil’s fault anyway. He and his mustache are creating monsters.