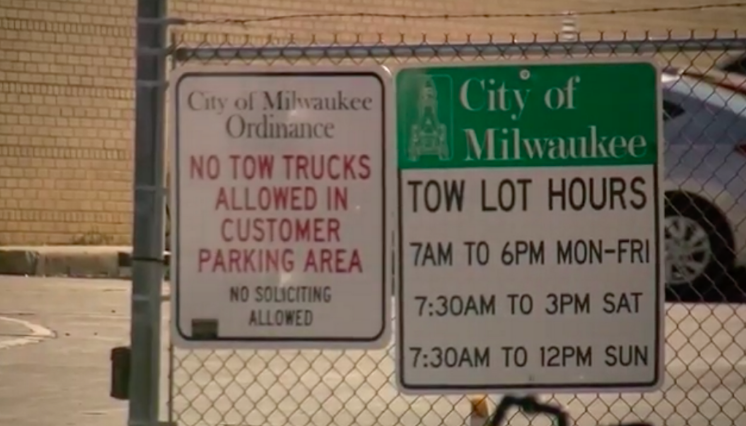 A 4-year-old girl in Milwaukee has probably lost all faith in adults after being left inside a van for eight hours on Tuesday.

According to multiple reports, the girl’s mother was pulled over at around midnight by Milwaukee police on suspicion of drunken driving. The mother was arrested and a 10-month-old baby was taken out of the vehicle, but somehow, cops missed the 4-year-old girl sitting in the back.

The van was picked up by a tow truck driver and parked in the city’s tow lot.

“At the lot, all vehicles are supposed to be inspected with someone from the lot getting on the flatbed to record vehicle identification and license plate numbers and using a flashlight to inspect vehicles.”

So you had the mother, the police and now the employees at the tow lot failing to see this 4-year-old kid.

The girl wasn’t found until eight in the morning when someone heard her crying. The fire department was called to the scene because the temperature had dropped to 18 degrees in the morning. Thankfully, she was okay. We don’t know how she didn’t freeze to death though. 18 degrees? F**k that.

A spokeswoman for Milwaukee police said the department is still gathering information on the incident. Everyone is trying to figure out how the hell this happened.