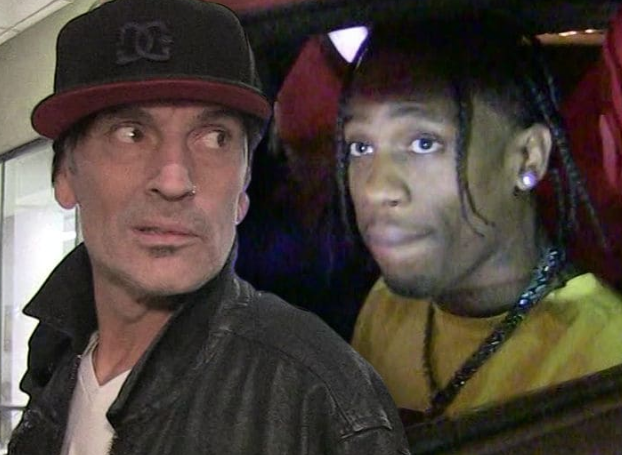 Travis Scott has been putting on quite the show during his Astroworld Tour. It’s been a hit with his fans, his daughter and even other celebrities.

But there is one person who does not like the show. Tommy Lee saw a clip from Scott’s tour this week and noticed his 360-degree loop stage design. There’s a part in the show where Scott jumps in a chair, and rides the mini amusement park ride.

Tommy Lee claims Scott straight up stole his design. You see, back in 2011, Tommy also did a 360-degree loop, strapped into his drum set.

“Just found out this f**king idiot @travisscott or someone on his team ripped off the 360 AND The Cruecifly! WTF!! Get an original idea bro. I get copying is a form of flattery, but this is just straight ripping off my s**t.”

He also warned Travis to “lawyer up,” which means he obviously has plans to sue. I’m not sure if he has a legit case or not. I mean, just because he did a loop once during a tour, no one else can do another loop again? The idea of a loop design on stage is not exactly the most unique thing in the world. It’s a f**king circle.

It’s funny because Tommy Lee was actually taken to court in 2014 over the 360 drum set design by an engineer who claimed he stole the idea from him. It’s worth noting that Tommy won that case.