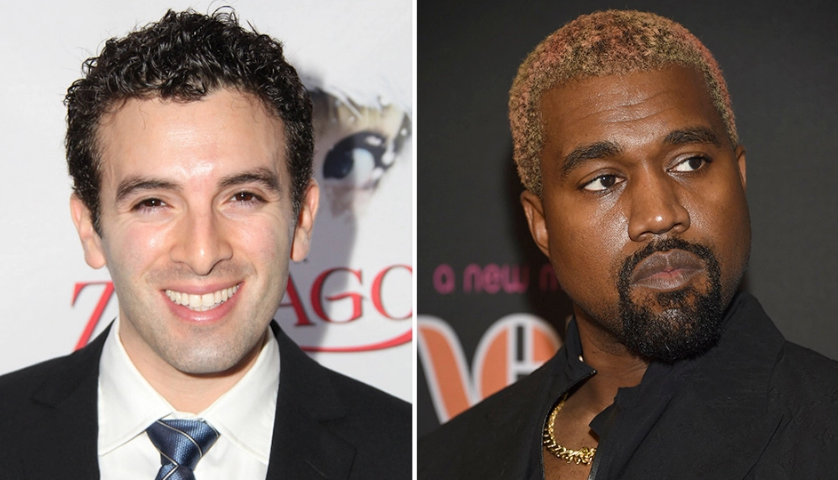 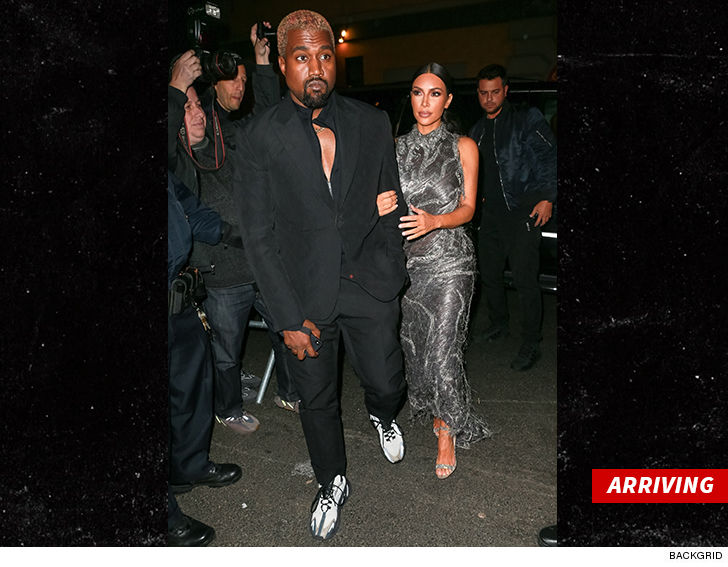 Kanye West can’t catch a break these days, and that’s mostly his fault. People don’t know how to approach him anymore after his strange bromance with Donald Trump.

In any event, Kanye took Kim Kardashian on a little date night on Monday in New York City. They attended the opening night of ‘The Cher Show‘ musical on Broadway, and they apparently had front row tickets.

During the show, Kanye reportedly started using his phone, this according to Jarrod Spector who plays Sonny in the show. He called Kanye out on Twitter… 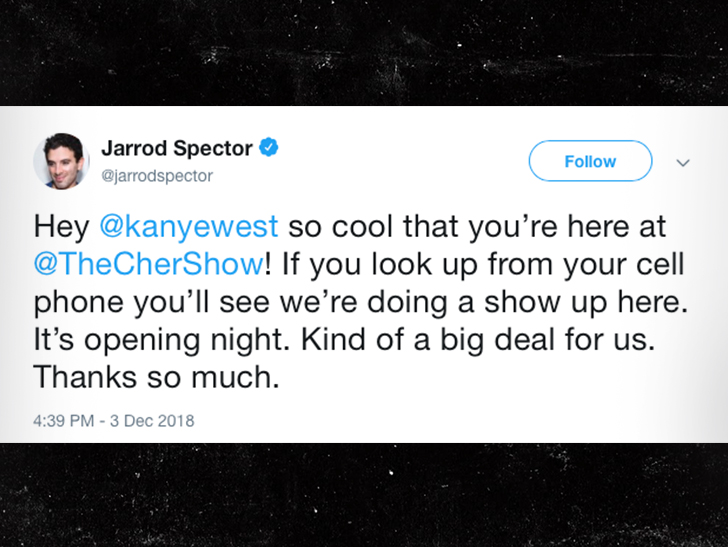 Obviously, since most of the internet hates Kanye right now, they jumped on this tweet and started joining in on the hate.

It didn’t take long for Kanye to respond, and surprisingly, he apologized and talked about how much he enjoyed the show…

“To Cher and the Cher show team. The dynamics of Cher and Sonny’s relationship made Kim and I grab each other’s hand and sing ‘I got you babe.’ Please pardon my lack of etiquette. We have so much appreciation for the energy you guys put into making this master piece.”

Sources close to Kanye claim he was enjoying the show so much that he was taking notes on his phone, which is why Jarrod spotted him on it. This source also says Kanye and Kim had originally planned to leave during intermission, but they were so entertained they pushed their flight back so they could watch the whole thing.

It’s all love here, folks. I actually think it was kinda rude for Jarrod to call out Kanye like that. I mean, I could understand if he was on his phone the entire time, but it sounds like it was just for a few minutes. If it was anyone else, I doubt we’d even know about it. But hey, that’s the world Kanye created for himself.