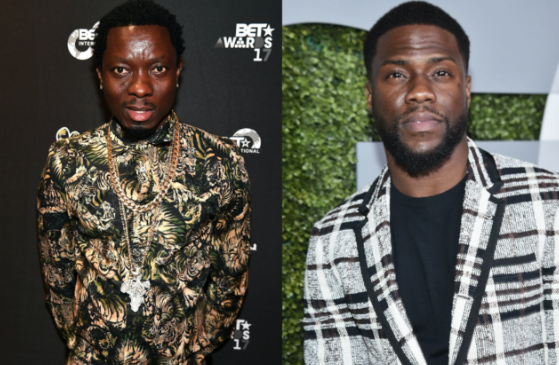 There are a lot of people who are upset about this Kevin Hart news. If you haven’t heard about the drama, click on this link to read all about it. Basically, Hart was hired to host the Oscars, then two days later, his old homophobic tweets resurfaced, and the Academy asked him to apologize. He refused, and then eventually decided to step away from the hosting gig.

Michael Blackson was out in Hollywood the other night, and TMZ cameras asked him what he thought about the whole thing, and as always, he didn’t hold back.

He says all black comedians have said offensive things in the past, even the legends, as we mentioned in our article referencing the great Eddie Murphy.

Blackson believes the Oscars are at fault here for either not doing their research or ignoring what they found. In all honesty, they probably knew about the tweets and were just hoping no one wold bring them up. Either way, they’re protected in this, and Blackson thinks that’s BS.

As Blackson points out, Hart will be just fine. He’s super rich and successful. We shouldn’t feel bad for him. I mean, some people can’t afford to eat, and we’re supposed to feel sorry for Hart because he doesn’t get to host the Oscars? Come on now.