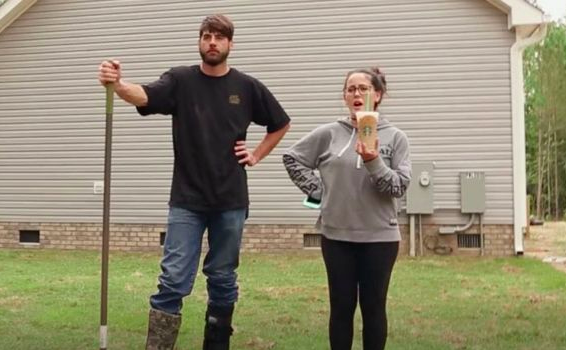 Jenelle Evans’ awful husband David Eason has done some pretty terrible sh*t in recent years, including beating Jenelle to the point where she called 911 on him. Unfortunately, she decided to change her story and drop the charges against him, which means he continues to escape punishment, thanks to his hold on Jenelle.

But the reality star will have to appear in court in January for tampering with a vehicle and causing injury to personal property. If you follow David on social media (you shouldn’t) you might remember a post he shared earlier in December.

He posted a video to his account showing him illegally towing a car that was blocking his boat, “Learn the right way to deal will a$$holes who think it’s cool to block you in a parking space,” he said in the video. Yes, it’s shocking to hear David call someone else an a**hole, but we must move forward with the story.

A few days after the clip was posted, a man by the name of Terry Hill claimed he would be pressing charges against David for towing his car illegally. He initially declined to press charges, but then changed his mind, thanks to his wife showing him David’s social media accounts…

“I’m going to try to do my best to be a law-abiding citizen, and he needs to do the same thing. From the reports I looked at and the videos I’ve seen, somebody has got to stop him. He’s going to cause a lot of trouble.”

The City of Wilmington Police Department confirmed that David was served with a criminal summons for tampering with a vehicle and causing injury to personal property. We’ll keep you posted.

By the way, you can clearly see in the video that David’s boat was taking up TWO spaces, so the truck was forced to park close. As always, David is the true a**hole here.