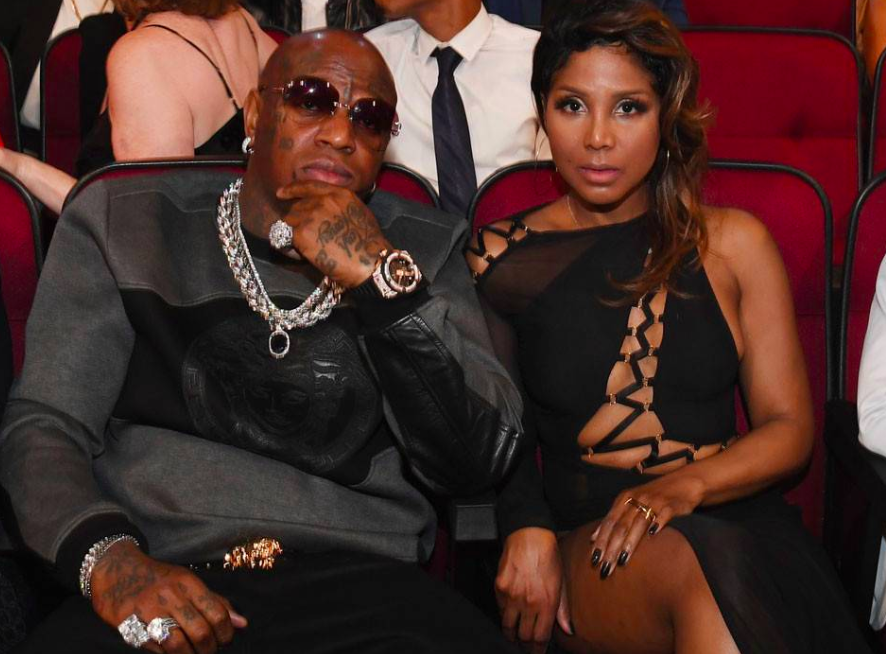 Birdman Doesn’t Want To Be In A Box, Sources Confirm Break Up With Toni Braxton

It looks like Birdman watched some Netflix this holiday season and decided he wanted to be a free little bird. The 49-year-old rapper has reportedly called off his engagement to Toni Braxton. As some of you may remember, the two got engaged back in February of 2018 after being friends for nearly 20 years.

Back in November, Braxton told Wendy Williams she was planning their wedding and it would likely take place before the end of 2018…

“Well, we had two dates. But we were doing Braxton Family Values and we were going through a little drama. And I was like, ‘The wedding is a good thing to get all the sisters together.’ [But] I couldn’t get us all together.”

She then showed off the $5 million engagement ring. Sadly, it looks like the wedding is never going to happen. Birdman went on his Instagram Story yesterday to write, “It’s over…” he later deleted the post and removed everything from his account.

Braxton also removed every photo from her account and posted the photo you see below with the caption, “Starting a new chapter isn’t always an easy choice…but ALWAYS choose to be chosen. Cheers to a new year.”

Starting a new chapter isn’t always an easy choice… but ALWAYS choose to be chosen. Cheers to a new year 🥂

They also no longer follow each other on Instagram, so you know this split is official. There’s no going back after you unfollow each other. THE ULTIMATE SLAP IN THE FACE!

Looks like Birdman is afraid of being put in a cage. He’s never been married, and at this rate, he never will be.