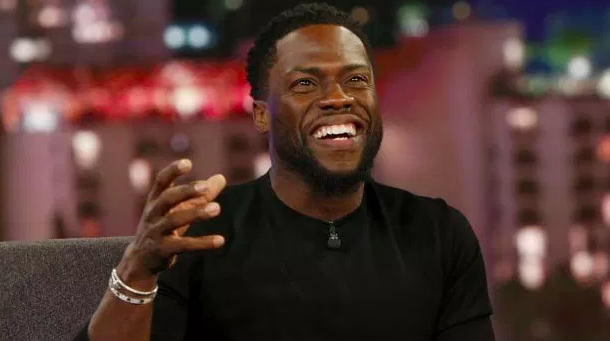 Kevin Hart Apologizes Again For Hurting The LGBTQ Community, And This Time It’s Really An Apology!

Last week, we showed you Kevin Hart’s appearance on The Ellen DeGeneres Show. It was an appearance that sparked a lot of outrage from the LGBTQ community, especially the black LGBTQ community. They were pissed at Ellen for thinking she had the power to forgive Hart and grant him access to the Oscars.

You see, Hart has claimed he has apologized multiple times for those old, homophobic tweets; however, if you look back throughout the years, it’s a little difficult to find an actual apology. He certainly TALKS about it, and at times he gives you a little taste of an apology, but an actual apology where he’s like, “Look. What I said was wrong and I’m truly sorry,” is hard to find.

He did say he was sorry on The Ellen DeGeneres Show though, and on Monday during his SiriusXM show Straight From The Hart, he once again apologized…

“I will say this, and I want to make this very clear. And I’m going to say it just in case you guys try to take this s–t and chop it up, I will rebuttal with this f–king piece right here. Once again, Kevin Hart apologizes for his remarks that hurt members of the LGBTQ community. I apologize.”

Hart also explained that he wasn’t intentionally trying to hurt gay people with his tweets years ago. It was just how “our dumbasses” would talk to each other on Twitter.

“We thought it was OK to talk like that because that’s how we talked to one another. In that, you go, ‘F–k! This is wrong now.’ Because now we’re in a space where I’m around people of the LGBTQ community and I’m now aware of how these words make them feel and why they say, ‘That s–t hurt because of what I’ve been through,’ So then we say, ‘Ay man, as a group, let’s erase this s–t. We don’t talk like this no more. Let’s not do this.”

There you go, folks. I think this sh*t can be over now. He apologized, he understands why those words can hurt, and he doesn’t say them anymore.

Does this mean he can host the Oscars now? I don’t know. It still might be a huge distraction, but we’ll see.