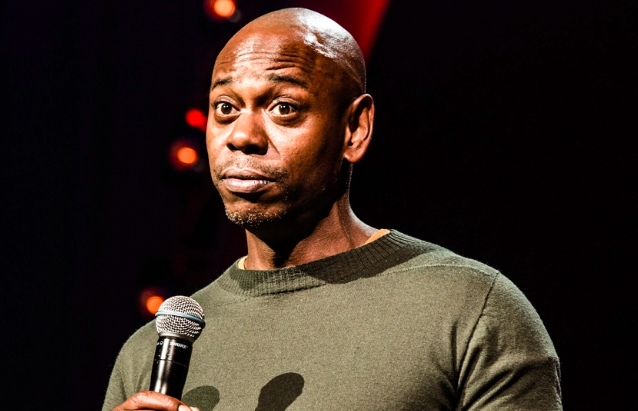 Dave Chappelle Tells Hilarious Story About The Time R. Kelly Sent His “Goons” To Threaten Him After “Piss On You” Skit (VIDEO)

Dave Chappelle had a few drinks in him on Wednesday night at WeHo Improv. He was joined onstage by his friend/co-star Donnell Rawlings, and they got to talking about the legendary “Piss On You” skit from Chappelle’s Show.

Chappelle claims R. Kelly was NOT happy with him following the skit and even sent his goons to threaten him. He says he was in Chicago at a Common concert when Kelly’s crew approached him. The situation never turned physical; however, it did turn hilarious.

Watch the clip below to find out how Chappelle responded to their ridiculous question, “How you gonna make a video like that?”

I mean, how else was he supposed to respond? They set him up perfectly! He had to take advantage of that sh*t.

Chappelle also addressed some of the criticism he’s faced in the wake of Lifetime’s ‘Surviving R. Kelly’ docuseries — saying he wants comedians to call out things that are wrong with the world, period.

It’s a comedian’s job to call out the absurdities of life. No one does that better than Chappelle.