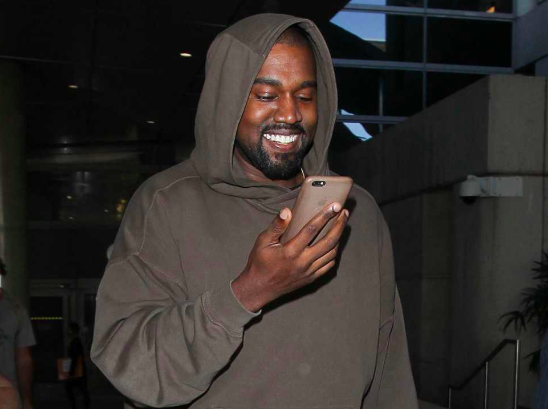 The two biggest questions in life:

Well, we can’t help you with the first question, but we can try to make you understand the dynamics behind Kanye’s Twitter rants. As you all know, he’s went on some legendary Twitter rants in the past couple years, and a few of them got him in a lot of trouble. Heck, some tweets even damaged his relationship because of the amount of stress they put on Kim.

So why does he continue to do it? Well, earlier this week, Kim tried her best to explain the phenomena during the Watch What Happens Live After-Show…

He goes through phases. You know, he made a good point the other day. He was like, ‘Look, some people express themselves—whether it’s about a person, like, in diss records’—and he’s like, ‘I’ve never done that. Some people see a therapist. Some people [do] this. To me, Twitter is my therapy, and it’s legal. So, I’m not doing anything to hurt anyone. I’m not being irrational and doing something physical because I’m upset or frustrated…’ He’s like, ‘People can end up in jail for the things that I’m thinking, but instead I just tweet it all. It might be 150 tweets, but that’s how I get it out, and then I feel better, and then I’m over it for a while.’

There you have it. Twitter is like therapy to him, although, I can’t imagine it being more effective than actual therapy, ’cause at least then the person replying back to him has years of training. Instead, he’s out here arguing with internet trolls.

John Legend, who has a pretty close relationship with Kanye, admitted that he just has to shake his head at some of Kanye’s tweets…

Yeah, well, you know…When I see some of it, I just shake my head. A lot of people that love Kanye, that love his music, they’re like, ‘I don’t agree with a lot of the things he says.’ And, you know, he loves it. He says what he’s gonna say, and it’s on him. It’s weird, because I get asked about it all the time…I can’t be accountable for what he’s gonna say. Truly!

Kanye is gonna do what Kanye wants to do, and if he wants to proclaim his love for Donald Trump, he’s gonna do it. If he wants to talk about how he’s the only one seeing the light and we’re all blind, well, he’s going to do that as well.

Don’t take it personally. He’s just talking some sh*t out.