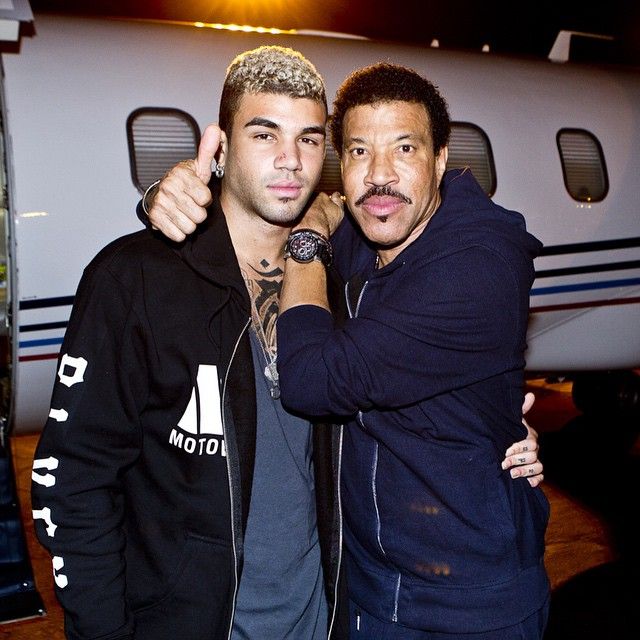 Lionel Richie’s Son Literally Made a Bomb Threat At London’s Heathrow Airport & Then Laid Hands on a Security Guard!

First of all, I didn’t even know that Lionel Richie had a son.  He is indeed the brother of Sofia and Nicole Richie and he’s a model named Miles Brockman Richie.

Apparently, there was an issue with his flight headed out of London and he was prevented from boarding.  During the altercation, Miles became upset and threatened to detonate a bomb, which he said was in his luggage, if he was not allowed on the plane.

Now, on what planet did this MF think that having a bomb and threatening to detonate it would get him on a plane?  He’s lucky he wasn’t at JFK.  The passengers waiting in line would have whooped his ass; he wouldn’t have to worry about TSA.

As you can imagine, security was called and then Miles allegedly punched one of the guards!  He was detained by police and was issued what they call a “Caution”.

A caution is what someone receives when they admit to a small crime in England and Wales.

It hits your record, you are booked, it’s put on your permanent file and you are released.  It’s a way of keeping the clutter out of the court systems.

Miles accepted the caution and was released.

Lionel better talk to that boy because in the States we don’t play that “Caution” mess.  In some states you can face up to 20 years in prison and $50K in fines and restitution depending on the costs of the disruption you caused by making a fake threat.  In NY, it’s a Class E Felony to issue a false bomb threat directed toward a school.

Just take two deep breaths grab a Cinn-a-bon and catch the next flight.