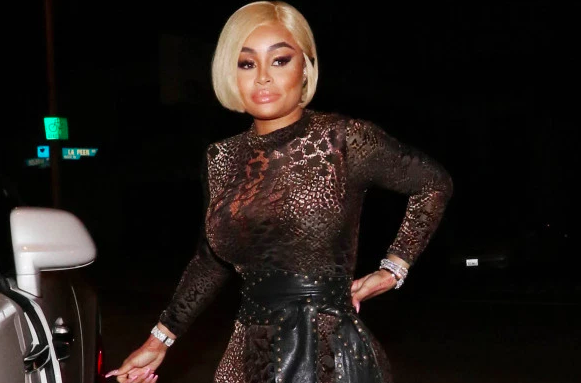 Blac Chyna had two days full of drama on Sunday and Monday. In the evening on Sunday, police raced to her home after receiving a call that she was drunk and neglecting Dream.

When police arrived though, they determined no one appeared to be drunk and even if Blac was, she had a nanny there for extra support. The cops left and no one was arrested.

But hours later, the cops had to be called out again to attend a “civil standby,” which is basically like hiring a police officer as a babysitter. You see, Chyna and her former makeup artist had a HUGE argument. This went down on Sunday, and the makeup artist might have been the one who called police.

The makeup artist left Chyna’s home without grabbing any of her personal items, so she had to go back on Monday to get them, which is why cops were called out to make sure everything went smoothly.

The police asserted that there were no incidents between the two parties while they were there.

Damn. That must have been one hell of an argument on Sunday. I’ve never been in an argument so severe with a friend where I was like, “You can come get your stuff, but you better bring the police with you or I just might kick yo’ a**!”

Chyna is all about that drama, though. Rob goofed big time when he decided to have a baby with her.