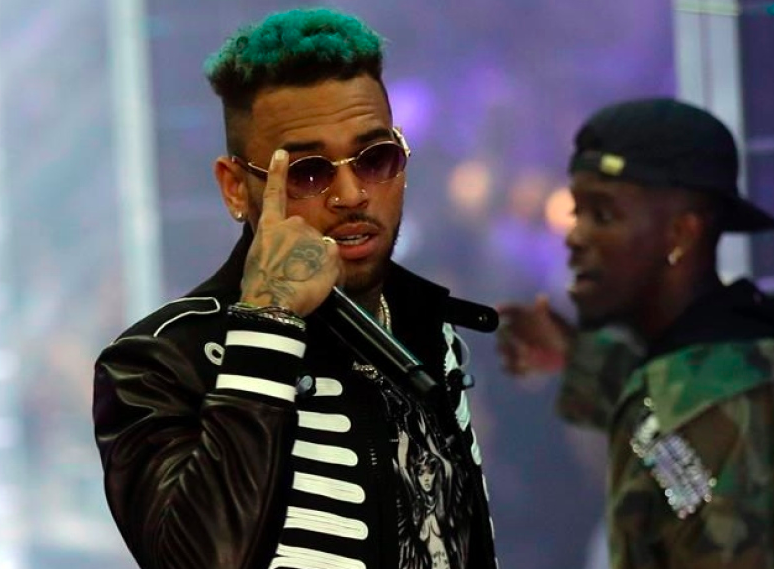 Yesterday we told you that Chris Brown was being held inside a jail in Paris after being accused of rape. There were not a lot of details surrounding this alleged rape, just that it might have happened a few days ago and two other people in Brown’s crew were being questioned.

Several hours after the news spread, Brown was released with no charges filed against him.

His attorney (who sounds like a Ninja Turtle) Raphael Chiche, went on his Twitter account to make the announcement that Brown plans to sue the accuser for slander.

Chris Brown is free. No lawsuits were filed against him. He vigorously challenges the charges against him. A complaint for slanderous denunciation will be filed tomorrow with the public prosecutor of Paris.

But to be clear here, the charges have not been fully dropped against Brown. The investigation is still ongoing, but they simply don’t have enough to charge him with anything at moment, which is why he’s allowed to leave the country.

Brown also went on his Instagram account and posted the (now deleted) text, which basically claimed the woman was 100% lying. He called her a b!tch in the post, which might be why he took it down. Not exactly a good look when you’re being accused of rape.

I WANNA MAKE IT PERFECTLY CLEAR… THIS IS FALSE AND A WHOLE LOT OF CRAP [sic] FOR MY DAUGHTER AND MY FAMILY THIS IS SO DISRESPECTFUL AND IS AGAINST MY CHARACTER AND MORALS !!!!!

I mean, yeah…if someone is falsely accusing you of rape, that sucks. Totally understand.

But also, I’m not sure there is anyone out there (besides his hardcore fans) that are looking at him and thinking, “Damn. The character on that guy! Would you look at that?”