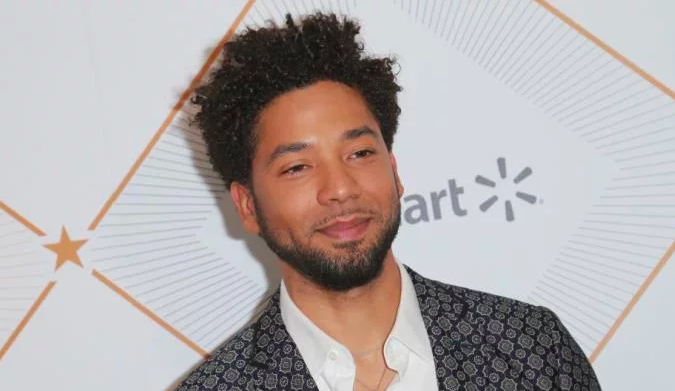 Jussie Smollett Breaks Silence After Attack, Says He Is 100% Cooperating With The Police

It’s been a few days since the attack on ‘Empire‘ actor Jussie Smollett occurred in Chicago, and some people have been questioning the validity of his claims. Police have reportedly searched through hours and hours of security footage and have not seen any attack take place.

They did see two “persons of interest,” but they did not call them suspects, and from the photos released, it’s impossible to tell who these people are.

In addition to not finding the attack on camera yet, it was reported Smollett refused to turn over his cell phone and phone records to police. As some of you may know, his manager claims he was on the phone with him when the attack went down. He says he heard them shouting racial and homophobic slurs at Smollett.

People are also wondering why Smollett left the rope around his neck for 40 minutes until police arrived.

Well, Smollett has put an end to his silence and is now speaking out following the attack. He wants to clear up the rumors and try to paint a clearer picture for everyone.

I am working with authorities and have been 100 percent factual and consistent on every level. Despite my frustrations and deep concern with certain inaccuracies and misrepresentations that have been spread, I still believe that justice will be served.

He claims he simply didn’t want to turn his phone over to police, but he is working on getting them the phone records, which I suppose makes sense to me. You have to be careful with that sh*t. All they need is the phone records, anyway. Why give them access to everything?

Sources also tell TMZ that the only reason Smollett still had the rope around his neck when cops came was because he wanted to preserve the evidence, which again, makes sense to me.

What gets me is that the same people looking so hard to find holes in his story are the same people who think just because it’s cold outside, global warming is a myth. if you’re going to question one thing…QUESTION EVERYTHING!

Question this attack! Question the politicians you support! Question why you think a certain way about a certain group of people…question where your hate comes from, question that Facebook post going around that claims there is a new deadly spider invading the US. Don’t be selective when it comes to being curious.

Anyway, to end this post on topic. Smollett promises to talk more about the details of the attack soon, but for now, he wants to heal.

Most importantly, during times of trauma, grief and pain, there is still a responsibility to lead with love, It’s all I know. And that can’t be kicked out of me.