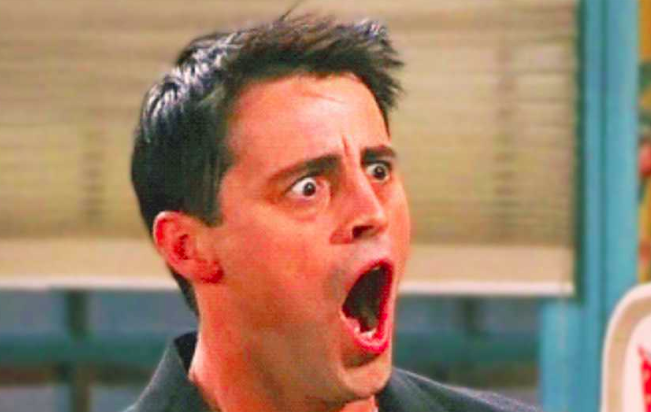 Rags To Riches, Baby! Matt LeBlanc Reveals He Was Down To $11 Before ‘Friends’

You hear stories similar to this all the time from actors, but Matt LeBlanc’s might be the most impressive, considering he still makes around $20 million a year from ‘Friends‘ even though it’s been off the air for 15 years.

LeBlanc was on Conan the other night when he revealed he was super broke before landing the role of struggling actor Joey on Friends.

You know when you think, ‘Alright, I got a little money in the bank. I can hold out until the next gig,’ I think I was down to $11…now, that’s holding out too long. I would have starved.

And get this, when he went to get a set of headshots (before becoming famous) the photographer suggested he see a dentist before taking them because one of his front teeth was longer than the others. He went to the dentist, found out it’d be around $80 for the filling, which sounds cheap now, but was too expensive for him back then.

So he went to the drugstore, bought a pack of emery boards and filed away on his tooth. The best part about the story? When he went back for the headshots, the photographer told him, “They did a nice job!”

DIY dental work is all in the past now for LeBlanc. With a net worth around $80 million, he could pay someone to pull out your teeth and put them in his mouth.