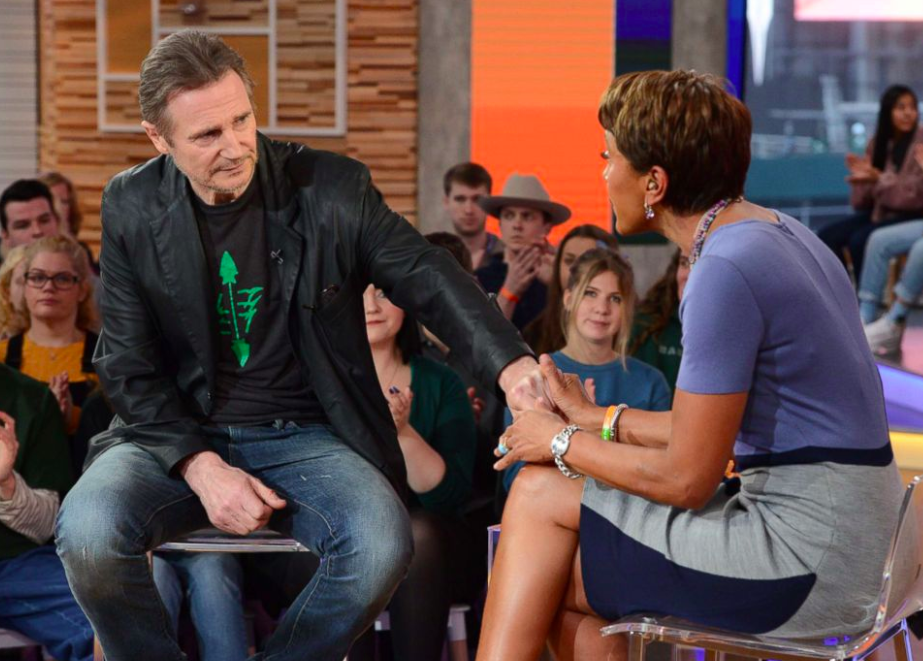 Liam Neeson was once America’s favorite revenge-action star. When you saw his face pop up during the previews, you turned toward your talkative friend and said, “Shhhh! Liam is about to f**k some people up!”

But now, Neeson is one of the most hated men in America. You’ve all heard his controversial comments by now. During an interview with The Independent, he talked about how nearly 40 years ago, he went out looking for a “black bastard” to kill because his friend was raped by a black person.

I went up and down areas with a cosh, hoping I’d be approached by somebody—I’m ashamed to say that—and I did it for maybe a week, hoping some ‘black bastard’ would come out of a pub and have a go at me about something, you know? So that I could…kill him.

He added that he learned violence is never the answer and now looks back at those thoughts and shakes his head in disappointment.

Obviously the internet wasn’t so quick to forgive, though. People started canceling Neeson left, right, up, down, and all around.

The 66-year-old actor went on Good Morning America Tuesday morning with Robin Roberts to do some damage control. He says the journalist asked him how he taps into “revenge mode” for his movies, so he thought back to that experience and started to explain.

He also claims he asked his friend for more characteristics about the guy, not just his race.

I’m not racist. I grew up surrounded by that, but I was never part of it. I’m a fairly intelligent guy—that’s why it kind of shocked me when I came down to Earth after having these horrible feelings. Luckily no violence occurred, thanks be to God.

Liam says he would have reacted the same way had the guy been white, but I mean, he was surrounded by white people. He couldn’t possibly look for some “white bastard” or else he’d be fighting everybody. Obviously there was some profiling going on in his head, whether he wants to admit it or not.

Of course, absolutely. You’re absolutely right and at the time, even though it was nearly 40 years ago, I didn’t think about that. All those things surprised me, but it was this primal hatred I guess that really, really shocked me when I eventually came down to earth and saw what I was doing, going out and looking for a fight. Violence breeds violence. Bigotry breeds bigotry.

Interesting. We have seen a lot of excuses for racism in the past, but I think the whole “crime of passion” is a new angle. It’s like when a father walks in on some dude assaulting his daughter and kills him. He gets a lesser sentence because of the crime of passion situation.

Does it work with racism? Uh…I don’t know about that.