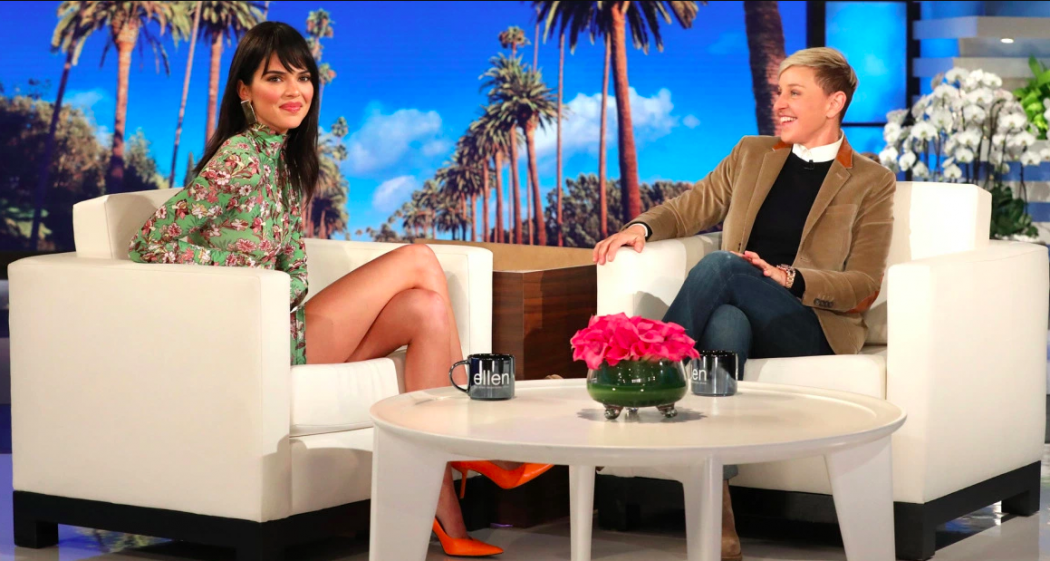 Kendall Jenner had a wild ride on the Ellen DeGeneres Show this week. She’s been a guest several times in the past, but this was probably her most stressful appearance.

During the interview, Ellen grilled Kendall on her relationship with NBA star Ben Simmons. As most of you know, Kendall does not like talking about her relationships, which is strange considering she’s part of a family who makes their money on gossip.

So when Ellen asked her about Ben, Kendall didn’t give much information. Ellen asked her how long they had been dating, “For a bit now,” Kendall replied. Ellen then asked if Kris Jenner approves of him, “I think so,” Kendall started to say before getting the scare of her life.

A Kris Jenner look-alike popped out of a side table/hiding space and scared the sh*t out of her, “I’m shaking!” she yelled.

After coming down from the high of being scared, Ellen asked Kendall about Kylie’s personal life. In a recent post on Instagram, Kylie posted a photo of herself hugging Travis Scott with the caption, “Baby #2?” which obviously made people wonder if she was pregnant again.

“She is not,” Kendall said. “I think she was just like we are looking good and we’re really into each other and maybe baby number two is gonna happen…they’re practicing. Right? Is that what you call it? She’s really interesting…I love her so much. She has a mind of her own. She’s really clever.”

That’s a weird way to talk about your sister. It sounds like she’s talking about a friend she knew in high school or something. “She’s really interesting?” lol, wot?