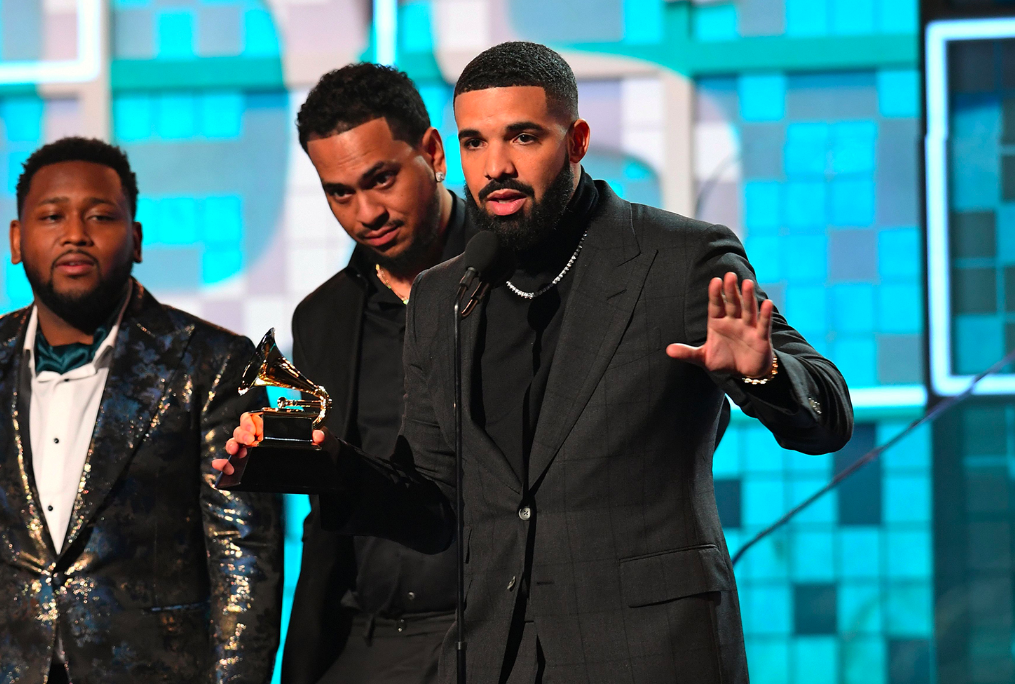 Well, damn. Drake, who has won every award a rapper can win, won Best Rap Song on Sunday night at the Grammy Awards. And he decided to use his time onstage to inspire everyone around him.

During his acceptance speech, he started talking about how awards don’t matter.

He told his fellow artists that as long as people are buying tickets to your shows and singing back your lyrics, you have already won the best award there is in life. You don’t need a Grammy to make you feel full.

As he paused for a second, the producers quickly cut to a commercial break, even though he clearly said “but…” like he had more to say. This pissed off lots of people.

Did they just cut drake off? Damn, I was digging what he was saying !

Producer: “We’re low on time, we need to go to break!”
“But Drake is in the middle of his speech…”
Producer: #GRAMMYs pic.twitter.com/WgphVHxJcC

Hey, Drake was going somewhere with that speech

For what it’s worth, producers spoke to Drake after he left the stage and claimed they didn’t realize he was still talking. They offered to let him go back onstage to finish, but the moment had already passed.

The producers also cut off Dua Lipa, winner of Best New Artist, as she started to talk about the lack of female representation in past years at the Grammys.

Safe to say, the Grammy Awards don’t want to hear you talking no smack. They would probably hate our site.