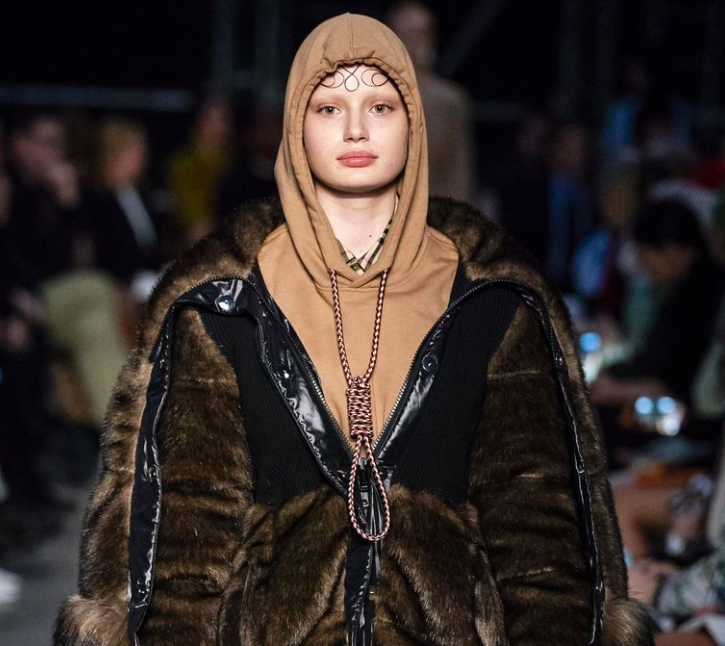 T.I. Just Added Another Brand To The Boycott List After They Featured A ‘Noose Hoodie’ During London Fashion Week Show (PHOTO)

Katy Perry releasing some shoes that were painted black and kinda resembled blackface is one thing. That could have been an honest mistake, or even not a mistake at all. Maybe she felt like if she only released the white/tan face, people would have been like, “Why not have different colors?” I DON’T KNOW. WHO KNOWS.

But this sh*t that Burberry just pulled is crazy. On Sunday during London Fashion Week, a designer by the name of Riccardo Tisci debuted a “nautical-themed fall/winter 2019 runway show for Burberry.”

And one of his designs featured a model wearing a brown hoodie with ties at the neck that resembled a noose. One of the models who was forced to wear the hoodie spoke out the other day, and called out the designer and the luxury fashion brand…

Suicide is not fashion. It is not glamorous nor edgy…Riccardo Tisci and everyone at Burberry it is beyond me how you could let a look resembling a noose hanging from a neck out on the runway… Let’s not forget about the horrifying history of lynching either. How could anyone overlook this and think it would be okay to do this especially in a line dedicated to young girls and youth.

For what it’s worth, Burberry’s CEO Marco Gobbetti released the following apology…

We are deeply sorry for the distress caused by one of the products that featured in our A/W 2019 runway collection. Though the design was inspired by the marine theme that ran throughout the collection, it was insensitive and we made a mistake.

I don’t know, man. Are all these brands really that stupid? They really didn’t see that design and immediately think, ‘Whoa. Too far.”?

Are they that out of touch? Or is this sh*t intentional?